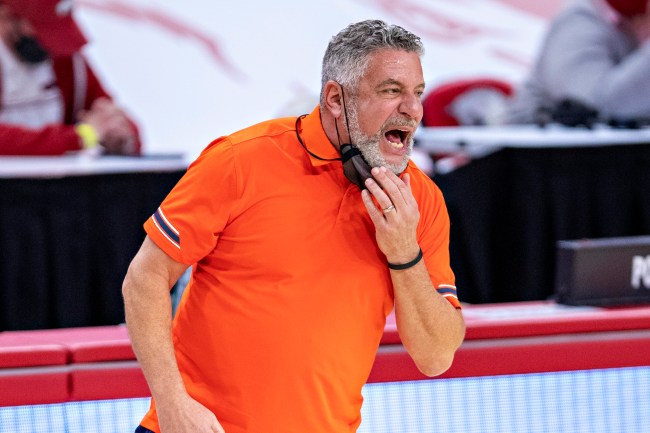 Bruce Pearl and the Auburn basketball program has finally learned their fate. After 4 years, the NCAA has finally handed down Auburn’s punishment for Chuck Person’s involvement in the NCAA corruption scandal.

the NCAA has announced its penalties for Auburn basketball:

These penalties are viewed as somewhat light considering the offense, but they actually could have been worse. The NCAA was considering a postseason ban, but was convinced not to by Auburn’s self-imposed ban last year.

That ban from the Tigers looks absolutely genius now. Last year’s team finished 13-14. They are currently the 18th ranked team in the country and already look pretty likely to secure themselves a spot in the NCAA tournament.

Bruce Pearl has already responded to the punishment.

“I’m appreciative of Auburn University, our leadership, the AU family and our current and former student-athletes as we navigated through the challenges of the last four years,” Pearl said. “We respect the NCAA peer evaluation process and appreciate the panel recognized we took meaningful and contemporaneous penalties. It is time to put this behind us. As part of our penalty, I will begin my two-game suspension tomorrow against Nebraska.”

The program will be happy top put this chapter behind them with the worst of the punishment being Pearl’s suspension and the loss of 2 scholarships for the next 4 years.