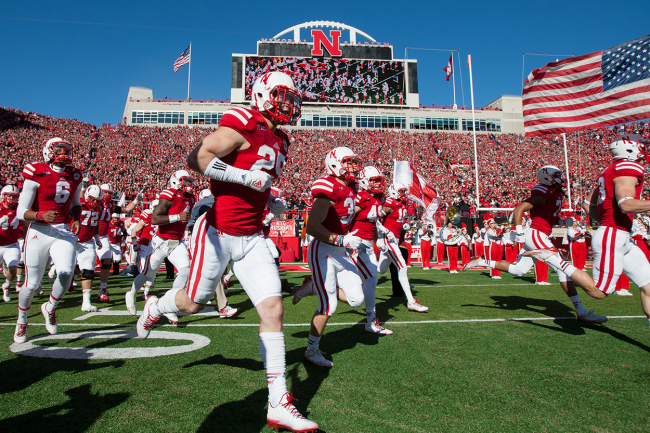 Name, Image and Likeness has become a lot bigger beast than was ever intended. The writing was on the wall and everybody knew that NIL was going to cause all kinds of issues within college football and recruiting, but that doesn’t mean it also isn’t being used the right way.

Crawford, if you are unfamiliar, is more than just his name. The former three-star wide receiver recruit had 16 Division-I offers from the likes of Arizona State, Arkansas, Ole Miss, Penn State, USC, and Washington State, among others.

After initially committing to LSU in October of 2019, Crawford decommitted last December on the same day that he received an offer from Nebraska. He ended up signing with the Cornhuskers during the early signing period.

As Crawford begins his first year in Lincoln, he is cashing-in on his name. Literally.

Decoldest, being such an incredibly unique and awesome name, is extremely marketable. And his most recent deal was a no-brainer.

Earlier this week, Crawford was announced as the newest spokesperson for SOS Heating & Cooling. SOS is an Omaha-area service company for heating, ventilation and air conditioning.

Considering that SOS’ entire existence is to ensure that you are “the coldest” during the hot summer months, bringing on someone named “Decoldest” makes perfect sense. The deal is exactly what NIL is for and it is awesome.

Terms of the deal are undisclosed. However, SOS said to expect “a lot more” with him soon, so hopefully we get some commercials.