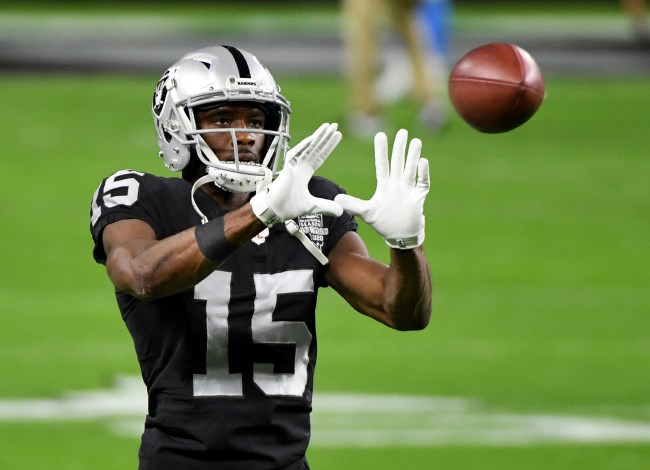 So much for what happens in Vegas, stays in Vegas AMIRIGHT?

In Week 16, Raiders receiver Nelson Agoholor finished with a five catch, 155 yard, one score performance in a last second loss to the Miami Dolphins, marking the Raiders third straight L and fifth in their last six contests.

One would think that after the game, he’d be satisfied to have bolstered his stock as his one-year trial with the Vegas was coming to an unceremonious end, but that was very much not the case.

According to The Athletic’s Vic Tafur, the 27-year-old receiver sounded off on his teammates in the locker room before Gruden and the coaches could address the team.

Jon Gruden called the play that cost the Raiders the Week 16 game against the Dolphins the "most horrific play" he'd ever seen.

Nelson Agholor shared his own set of words in the locker room after.

“Agholor, according to those in the room, said his teammates were selfish and didn’t work hard enough, and that they had quit against the Dolphins as well as in the previous two losses.

He said there was no accountability in the locker room, and on winning teams players play for one another and the coaches. The Raiders’ performance over the previous six games was unacceptable, and too many people within the team were just flat-out accepting it.

Agholor told his teammates that they sucked.

Then, according to witnesses, he was done and there was silence. Gruden didn’t respond and neither did any of the players. (When contacted Thursday night about the speech, Gruden texted, ‘I love Agholor.'”

To be a fly on the wall of that locker room after first-year Raider Nelson Agholor tells everyone they’re worthless while Gruden is daydreaming about his next visit to Hooters would be a spectacle worth being a fly for.

The Raiders finished the season 8-8 and missed the playoffs for the 16th time in 17 seasons. Sounds like a culture problem.