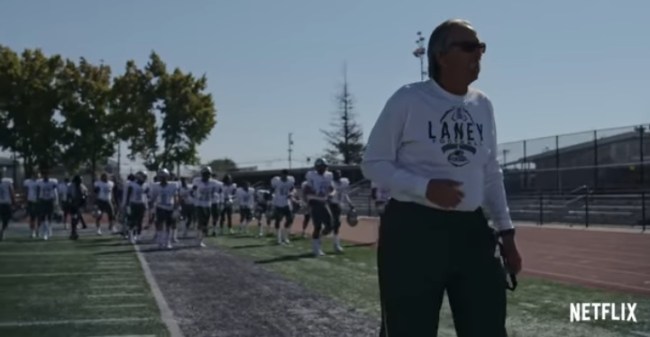 A few weeks ago, Netflix revealed that the upcoming season of Last Chance U would be the series’ final season covering football before transitioning to basketball for the next installment.

On Thursday, Netflix released the trailer for season 5 which will focus on 2018 JUCO national champions Laney College in Oakland, California.

Netflix’s critically acclaimed, Emmy-nominated series Last Chance U returns for Season 5 in a brand new setting to give viewers a raw, authentic look at the junior college football program at Laney College in the heart of Oakland, CA. After clinching the title of state and national champions in 2018, the Laney Eagles have a hard season to follow and a lot to prove. Going into his eighth season and having built the program from the ground up, powerhouse head coach John Beam must fight to rally the team amidst countless setbacks. Season 5 brings intensity both on and off the field as players battle injuries, stress, and personal demons while finding much needed support in the community and taking pride in their scrappy mentality and motto “Laney Built.”

The final football season of “Last Chance: U” is set to release later this month on Tuesday, July 28th on Netflix.