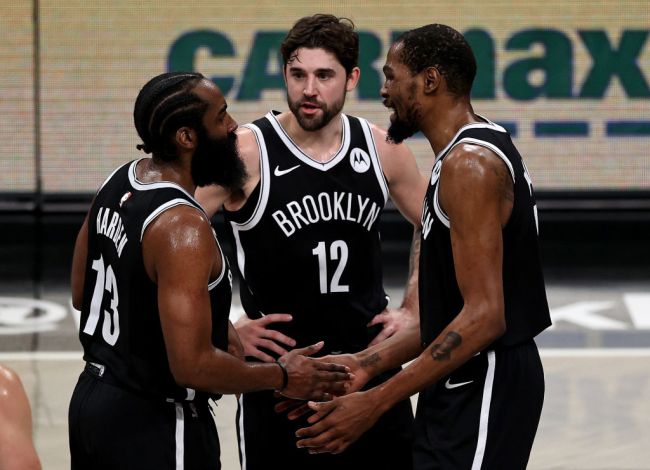 Joe Harris had a pretty rough series against the Bucks and Nets fans are blaming him for the team getting eliminated from the playoffs.

Harris, who is considered one of the best shooters in the league, ended up shooting an abysmal 35% from the field and 30% from the 3-point-line during the second round of the playoffs.

During game 7, Harris missed a crucial wide open 3-pointer that would have put the Nets in good position to win the game in overtime.

If the Bucks win the the title, this will be one of the defining sequences of their season#FearTheDeer #MILvsBKN #NBAPlayoffs pic.twitter.com/mSiwxdGoPk

After the game Harris talked about his struggles on the court during the series.

“You’ve gotta bring more to the table than just one thing. I wish I had shot more efficiently, helped alleviate some of the pressure guys were facing. Had I played better, we might be in a little bit of a different spot.

Nets fans are apparently fed up with Harris and are now burning his jersey after the team’s brutal game 7 loss.