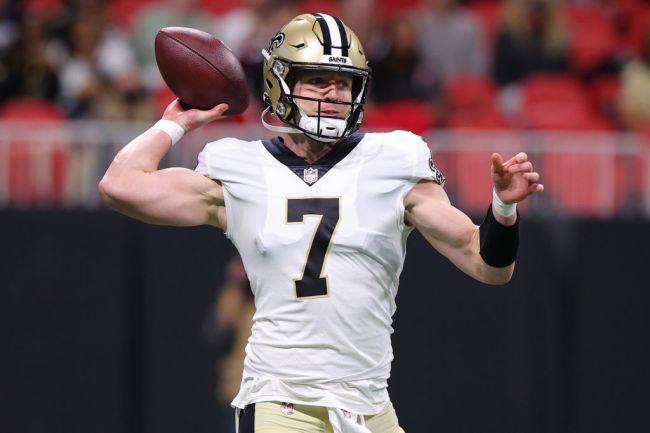 Now it seems he’s being given a new title. Saints head coach Dennis Allen sees Hill as a “weapon”.

Dennis Allen stressed that he looks at Taysom Hill as a multi-position “weapon.”

In other words, just because he is technically moving to TE, I would expect to see Hill in many of the same roles as years past in read-option packages and as a runner and on special teams.

“Weapon” is the best case scenario for Hill with the Saints. Despite the fact that Hill is listed as a tight end, it’s hard to see exactly what position he would be able to start at on this roster.

The Saints re-signed Jameis Winston for 2 more seasons with the team and there will be no questions about who the starting quarterback for this team is this season, unlike last year.

The Saints also have Adam Trautman, Juwan Johnson, and Nick Vannett at tight end who have all proven to be better options that Hill at the NFL level.

That really just leaves Hill as a gadget player who will surely still take some snaps at quarterback, but should see most of his impact come as a runner or receiver who presents the threat of a pass coming from somebody on the field other than Jameis.

It’s probably not the role the Saints envisioned when they signed Hill to his strange contract extension, but it is definitely the best way he can help the team right now