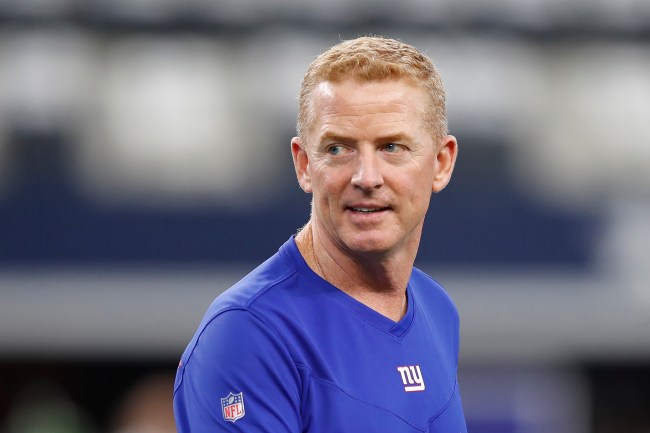 The Giants are finally reversing course on one of their recent mistakes. On Tuesday, they decided to let Offensive Coordinator Jason Garrett go after another terrible performance in Monday night’s blowout loss to the Tampa Bay Buccaneers.

BREAKING NEWS: The #Giants are firing offensive coordinator Jason Garrett after 26 games in New York, according to a source. Full story @nydnsports https://t.co/p0aR5uvL5E

It’s a move that doesn’t come as much of a surprise as the 3-7 Giants were ripe for a coaching change and fans had been calling for the move. Even head coach Joe Judge seemed to imply that this move was a possibility in last night’s postgame press conference.

Freddie Kitchens, who previously served as the offensive coordinator for the Cleveland Browns, will take over Jason Garrett’s role for now.

Garrett’s tenure with the Giants amounted to 26 games of misery for Giants fans as the team struggled to score week after week in spite of the team’s commitment to improving the offense in the draft and through free agency.

In his first season with the team, the Giants had the second worst offense in the NFL, only outscoring the Jets, who would proceed to replace their head coach, offensive coordinator, and starting quarterback at the end of the season.

This year hasn’t been much better for the Giants offense. After adding Kenny Golladay, Kadarius Toney, and Kyle Rudolph to the offensive talent pool, the Jason Garret led offense added 1.4 points per game to their output, which has them sitting ahead of only 7 teams. Over the last two years, nobody has scored less touchdowns than the Giants.

Giants fans will hope this is the first move in a major overhaul after what looks like their 5th consecutive losing season. From Dave Gettleman down to Daniel Jones, there isn’t very much at all about this Giants franchise that is actually working right now.

Hopefully this starts to fix their numerous issues.