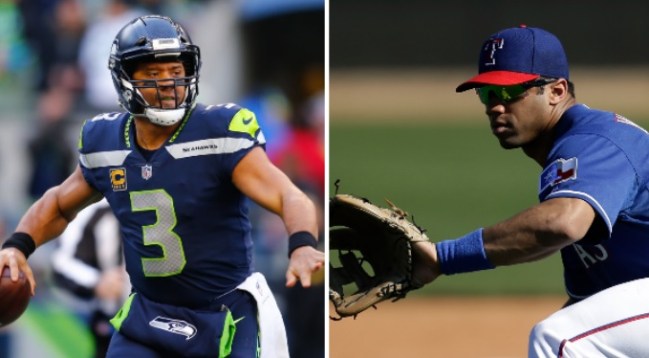 The Texas Rangers announced Wednesday they have traded Seattle Seahawks quarterback Russell Wilson to the Yankees for future considerations. Wilson, a four-time Pro Bowler, is expected to appear at the Yankees’ Grapefruit League camp in Tampa, Florida, sometime in February or March.

…yes, this is legit.

Here is Wilson’s reaction to getting traded to the Yankees.

“I want to personally thank the Texas Rangers for giving me the chance to experience professional baseball again,” Wilson said. “Growing up taking grounders, hitting BP, and throwing deep post routes early in the mornings with my dad and brother is where my love of sports came from, and those memories stick with me every morning I wake up. I remember how excited I was when Texas selected me in the Rule 5 Draft in December 2013. During my two springs in Arizona with the Rangers, I was reminded just how much I love the game of baseball.

“While football is my passion and my livelihood, baseball remains a huge part of where I came from and who I am today. I’ve learned so much on the baseball field that translates to my game physically and mentally playing quarterback in the NFL. I thank the Rangers and their great fans for making me feel at home and a part of the family! While I embrace the chance to be a New York Yankee, I will forever be grateful to have been a part of a world class organization like the Texas Rangers.”

Wilson played two years of professional baseball as a second baseman in the Colorado Rockies’ system but cut his baseball career short to pursue a career in the NFL.

While there’s a very slim chance of Wilson every play proffessional baseball, the Seattle Seahawks QB has said in the past that he wants to keep the dream of becoming a two-sport athlete alive. Hopefully Russ makes it happen one day because that would be awesome.