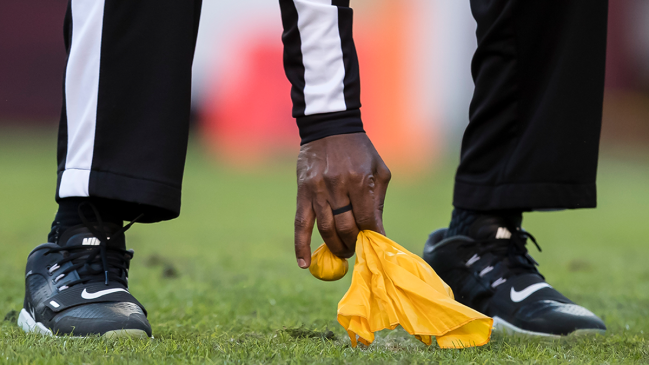 The Chicago Bears and their fans headed into this season hoping Justin Fields would be able to take his game to the next level following a rookie year where he showed plenty of flashes of brilliance but made it very clear he still had a ton of work to do to compete at the NFL level.

The quarterback and the team faced their fair share of struggles at the start of the season and headed into Sunday’s matchup at home against the Dolphins sporting a 3-5 record. Unfortunately, the Bears ultimately added another tally to the loss column after falling to Miami by a score of 35-32.

However, it was hard to place much of the blame on Fields, who earned NFC Offensive Player of the Week honors thanks in no small part to the 178 rushing yards he posted to surpass Michael Vick’s single-game record for a QB (a performance that drew a ton of praise from the man who set the mark he surpassed).

There are plenty of fans who would tell you that you could definitely place a fair amount of the blame on the refs who didn’t exactly do the Bears any favors thanks to two controversial calls in Miami’s favor in the fourth quarter—and the NFL has confirmed they had a reason to be pissed off after taking a closer look at the game tape.

After the loss, the Bears asked the league to take a closer look at some questionable calls that went against them.

That included the defensive pass interference penalty against Eddie Jackson that occurred early in the fourth quarter. It sure looked like the safety had made a pretty solid play to break up a pass intended for Jaylen Waddle, which would’ve resulted in the Dolphins facing a 3rd-and-10 from their own 18-yard line.

#Bears safety Eddie Jackson on this pass interference penalty: “He said he didn’t see me playing the ball. I mean, I didn’t look at the receiver one time, so I don’t know what he was seeing.” pic.twitter.com/Ddj9mBZ8XM

However, a flag was thrown that resulted in Miami getting a free 47 yards and a fresh set of downs. That drive ultimately ended when Chicago’s defense made a clutch stop on fourth down after the Dolphins took a gamble in the red zone, but it seems like there’s a very good chance the Bears would’ve ended up with better field position if that penalty hadn’t been called.

However, the impact of that play pales in comparison to what transpired when Fields attempted to connect with Chase Claypool on another 3rd-and-10 with around a minute and a half to go in the game.

Keion Crossen got very handsy with the receiver while trying to defend the throw, and while a penalty would’ve given the Bears a golden opportunity to either tie the game with a field goal or try to punch it into the end zone after moving the ball up to Miami’s 25-yard line, no flag was thrown, and the game essentially ended after Chicago failed to convert on the subsequent play.

Here's the no-call — on what should've been pass interference — on the Justin Fields deep ball to Chase Claypool.

A PI call would've given the Bears the ball inside the Dolphins' 25-yard line with 1:29 remaining. Miami won 35-32. 🏈 pic.twitter.com/yqVHhagU6G

According to Alex Shapiro of NBC Sports Chicago, the league got back to the Bears on Wednesday and admitted the officials botched the call on both plays.

Bears heard back from the league on a few plays they sent in from the Dolphins game.

According to a team source, the league said officials missed on two big penalties.

That admission doesn’t have any impact on the final result, but at least we got a little bit of closure.