NFL Agent Reportedly Believes One Quarterback Quit On His Team 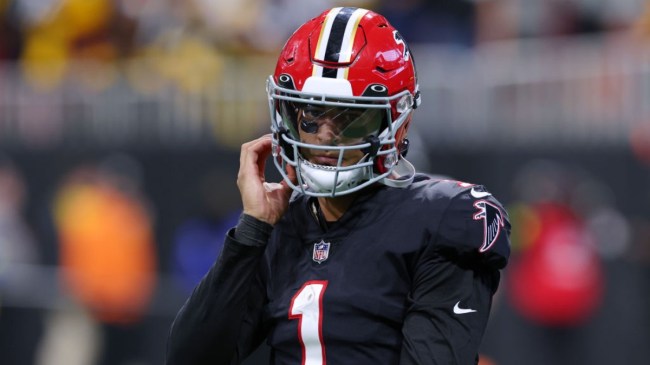 Teams across the NFL have been going through changes at quarterback at an incredibly high rate this season.

Some have made those by choice. Others have been unexpected changes because of injuries.

One team whose QB change was expected from early in the season was the Atlanta Falcons.

The team had a vacancy at quarterback after trading Matt Ryan and chose to give themselves a couple of options to fill that vacancy. First they signed Marcus Mariota after he had spent a couple of years with the Las Vegas Raiders. Then they selected Desmond Ridder in the 3rd round of the NFL Draft.

Mariota earned the starting job in camp, but the expectation was that we would see Ridder take over at some point this season. The Falcons weren’t entering the season with a roster that was projected to compete for a playoff spot and Mariota certainly wasn’t going to be the future of the franchise.

The expected move finally came in Week 15 after weeks of the offense struggling to produce.

After the announcement was made that Ridder would be taking over as the starter, Mariota was put on IR and it was revealed that he had left the team.

Today, The Athletic revealed that one NFL agent believes Mariota quit on the team.

Trending: Quote from an NFL agent on Marcus Mariota (via @TheAthleticNFL):

"I thought Mariota quit on the Falcons and it was unfair to a rookie like Desmond Ridder, who was there for Mariota to that point in the season.”

There is surely more to it than Mariota just quitting on the team. In fact, he isn’t even the only QB who has been replaced that isn’t currently with his team. Derek Carr is in a similar situation right now.

Whatever the case may actually be, it appears Mariota’s time with the Atlanta Falcons will come to an end after this season and now we’ll just have to wait and see if his free agency is impacted by the way his time as the starter ended.