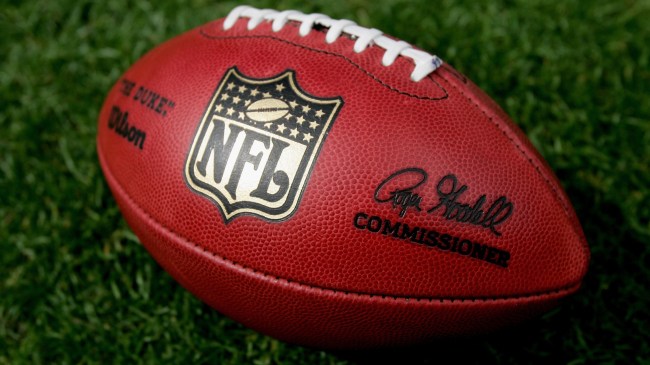 One of the major appeals of sports betting is taking a risk on some longshot odds on the off-chance they’ll end up hitting. Sure, you might know you don’t really have any real shot at cashing in, but it can still be hard to resist the temptation to throw down a fairly small amount of money with the potential to grant you some massive returns.

There’s typically no better way to put yourself in that position than taking the leap on a parlay. Sportsbooks are more than happy to take those multi-leg wagers based on how many of them ultimately fail to cash, but there are plenty of equally happy bettors out there who’ve managed to rake in some absolutely massive stacks after defying some fairly astronomical odds.

That wasn’t exactly the case with the person who took home $248 after placing 25 cents on a four-leg NFL parlay involving a slate of wild card showdowns on FanDuel (although it’s certainly nothing to scoff at).

However, that has nothing on another collection of bets concerning those games that generated a life-changing return on the same platform.

Want to get in on the action? Claim this offer using FanDuel:

Before the playoffs officially kicked off, the bettor in question opted to put together a nine-leg parlay that hinged on eight players and the Miami Dolphins defense recording a touchdown at some point over the course of the six contests that were played in the opening round.

It was certainly a bit of a gamble, but it ended up paying off in a big way; every single member of that nonet recorded a TD en route to making the bettor in question almost $1 million richer ($999,841.11, to be exact).