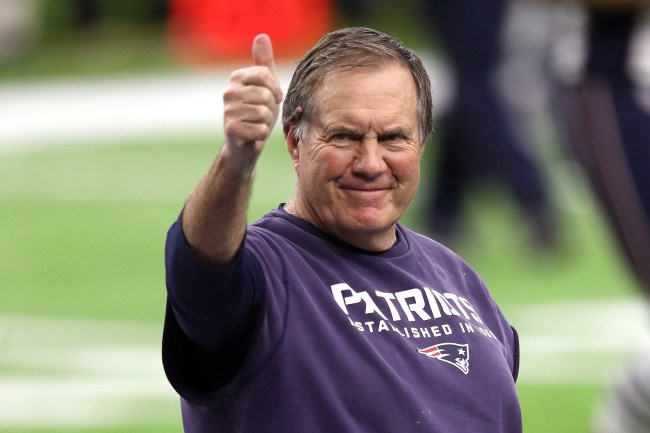 During the first day of free agency on Monday Belichick and the Patriots unloaded the Brinks truck and paid a ton of money to revamp their roster.

Here’s an example of the signings so far today.

The #Patriots are signing OLB Matt Judon to a four-year, $56 million contract including $32 million over the first two years, per source. A massive deal for the former #Ravens standout. 💰💰

Former Dolphins’ NT Davon Godchaux agrees with the Patriots on a 2-year deal worth up to $16 million that includes $9 million fully guaranteed, his agent @DrewJRosenhaus tells ESPN.

According to Warren Sharp, Belichick and the Patriots spent over $140 million in the first three hours of free agency on Monday.

Update: The Patriots are up to $194 million in new contracts.

We're up to $194.5 million in new contracts and only 7 hours into the legal tampering period.

NFL fans were in awe at how much money Belichick was throwing around this offseason.

Belichick in free agency after the Patriots lost the division & Brady won the Super Bowl: pic.twitter.com/riQ9zOXFWS

Bill Belichick spending all this money in FA vs when the Patriots go 7-9 pic.twitter.com/nJGlLOmBxG