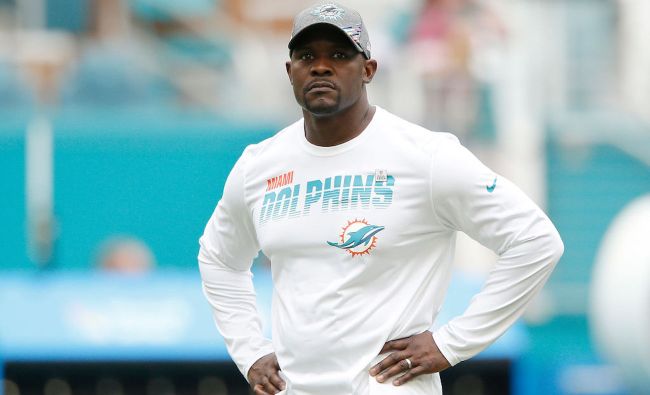 While Brian Flores’ lawsuit against the NFL may have temporarily receded from the spotlight, the litigation is very much still ongoing, as a “civil case management plan and scheduling order submitted by the parties on Thursday,” according to ProFootballTalk.

In the submitted plan, “the league and the various teams that have been named in the case express an intention to file a motion to compel arbitration or, in the alternative, a motion to dismiss for failure to state a claim.”

This tactic, of course, is the norm when it comes to the National Football League, which has routinely “attempts to invoke an arbitration process that typically calls for the claims to be resolved in a private arbitration.” The NFL does this, according to PFT’s Mike Florio, to avoid “public accountability for potential misconduct”

“We have said from the start that if the NFL wants to create change, the first step is to allow for transparency,” Flores’ attorney Douglas Wigdor said in a statement. “The NFL’s attempt to force these claims into arbitration demonstrates an unmistakable desire to avoid any public accountability and ensure that these claims are litigated behind closed doors in a forum stacked against our clients.”

In addition to allegations of racial discrimination, Flores has also claimed that the Miami Dolphins organization attempted to incentivize losing, otherwise known as tanking.

Despite his suit against the NFL, Flores, 41-years-old, was recently hired as a senior defensive assistant and linebackers coach for the Pittsburgh Steelers.