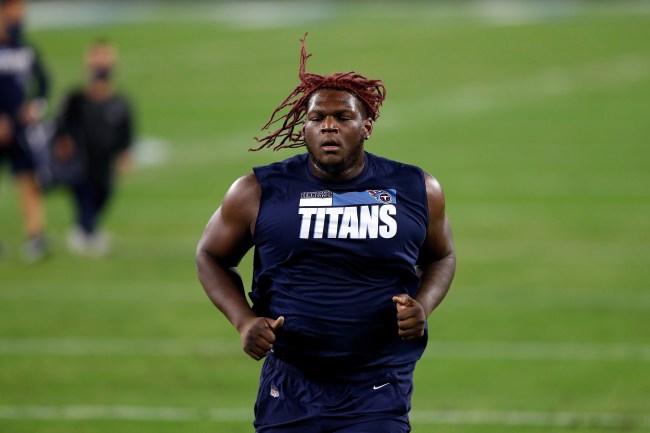 Isaiah Wilson apparently has a new music career and it’s going as well as his NFL career has gone.

Last year Wilson was drafted in the first round by the Titans and he’s already out of the league due to his bizarre behavior off the field.

Back in March, the Titans traded the troubled Wilson to the Dolphins and he got cut by Miami just days later when he was seen dancing on top of a car instead of attending practice.

Dolphins are planning to cut OT Isaiah Wilson, who they just acquired in a trade from TENN earlier this week, sources said. @AdamHBeasley 1st.

Wilson was late for his physical, on-boarding process & skipped optional workouts he committed to + offered help but wasn't interested.

One year removed being picked 29th overall in the 2020 NFL Draft by the #Titans, Isaiah Wilson has had a slew of mishaps, got traded, and then subsequently cut by the #Dolphins.

He has now released his debut EP titled “Layup Lines.”

Here’s a snippet of the song.

Oh nah, Isaiah Wilson needs to be arrested for this. pic.twitter.com/2qAy9Rbn2d

Hopefully, someone talks some sense into Wilson because this song ain’t it.