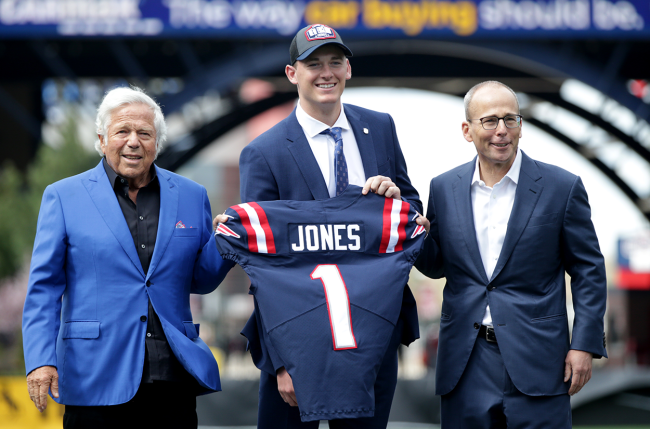 As the 2022 NFL Draft quickly approaches, the loudest talk is once again about the quarterbacks. This year’s draft class has a lot of question marks at the position and it seems like every team, analyst and fan alike has a different opinion about what the order of talent looks like.

Some people believe Kenny Pickett should go ahead of Malik Willis, others think that Matt Corral or Desmond Ridder should be selected before them both and others believe that the real value is found with guys like Bailey Zappe or Carson Strong in the later rounds. Some people believe the exact opposite of all of that.

There is no consensus “top guy” at quarterback in the 2022 NFL Draft and there is a chance that a quarterback may not be drafted in the top five. It’s a mystery and everyone feels differently.

No matter who ends up where, the odds that the first quarterback off of the board ends up being the best is unlikely.

The odds are not in their favor based on recent history. A recent Reddit post breaks down the statistical probability of the first quarterback being the best and although it is somewhat subjective, the math adds up.

Here is how the NFL’s official Reddit account broke down the last 40 years at the quarterback position:

Going off of those selections, here is where the best quarterback in their respective drafts were selected:

That means that only 40% of the best quarterbacks drafted in their respective draft were selected first.

However, even when you move things around, the split between first and not first still shakes out to a 40:60 ratio. That means that there is a 60% chance that the best quarterback in the 2022 NFL Draft does not end up being the best.