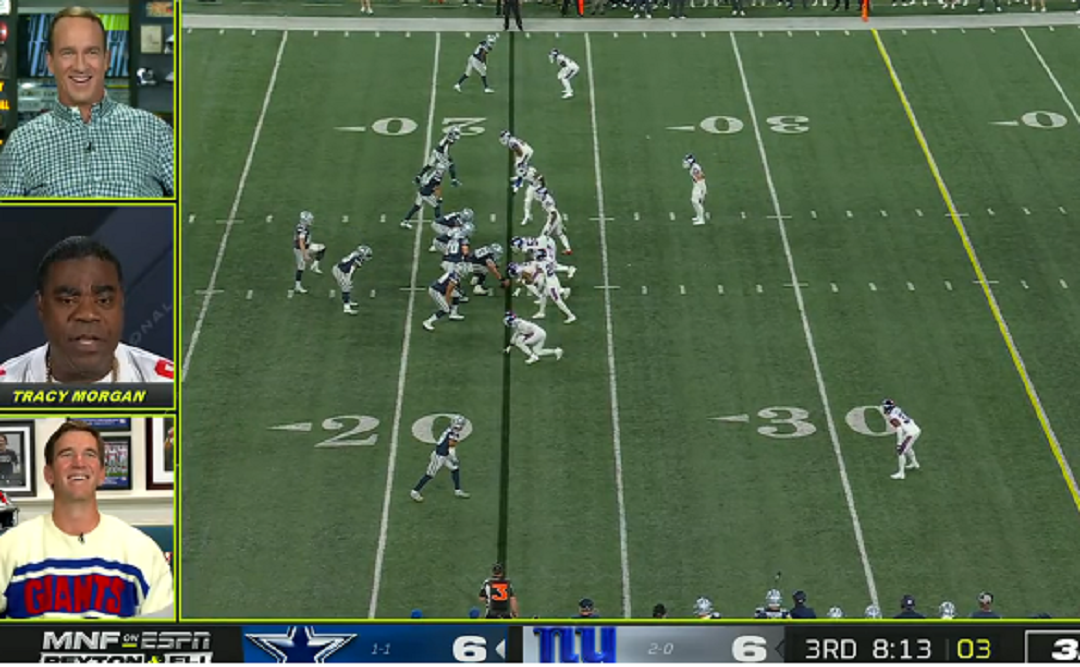 ESPN’s Manningcast may have had their most bizarre guest appearance yet.

As soon as Morgan got on, he bragged about having dinner with the President of Ferrari.

.@TracyMorgan rolled up to the game in a Ferrari and parked in @EliManning’s old spot pic.twitter.com/tKJhpzLHdq

Morgan would later bizarrely claim that Tony Dorsett was his father and Herschel Walker was his cousin.

“My dad was Tony Dorsett. He drove a white van and sold fish out of the back”

"DADDY, DADDYYYY"@TracyMorgan coming out on fire during the ManningCast 😂

Tracy Morgan says Tony Dorsett is his biological father and Herschel Walker is his uncle.

Check that, now he says Wilbert Montgomery is his father. 🤦🏻‍♂️

Morgan also claimed that he went to high school with Saquon Barkley’s father and bizarrely asked Peyton Manning if he had played against Lawrence Taylor, who is much older than Peyton.

Tracy Morgan: "Peyton, what was it like playing against Lawrence Taylor?"

Morgan got a mixed reaction to his appearance on Monday Night Football.

ESPN spent like $30 million on Joe Buck and Troy Aikman and I'm not sure why anyone would watch them. The Mannings can make a lifeless Giants-Cowboys puntfest entertaining. And now they're bringing on Tracy Morgan. This is just a great idea.

Tracy Morgan is zooted on the Manningcast

Tracy Morgan: "Peyton, what was it like playing against Lawrence Taylor?"

Peyton Manning to an extremely baked Tracy Morgan: “Stay with us, I wanna hear more about who you went to high school with.”

Dude I have never laughed so hard watching football