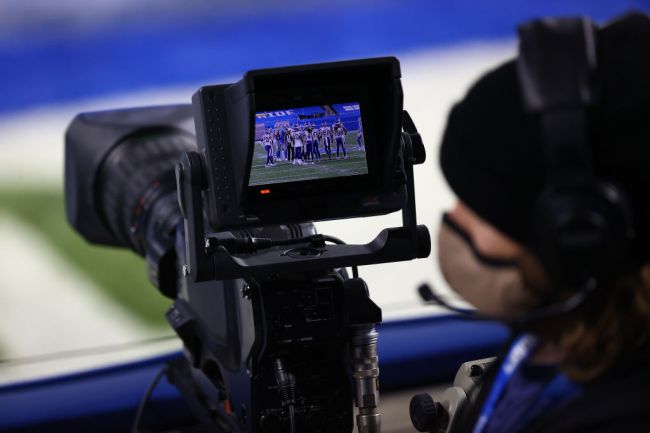 The start of the 2021 NFL season is just over 100 days away and the matchups are finally locked in for the year. Wednesday marked the official schedule release night, which has become quite the spectacle in recent years, and social media teams did it big. Ranging from a Post Malone appearance to cartoon animations to Florida Man, each organization took their own twist on the evening and the results were awesome.

One of the biggest fan favorites of the evening came out of Baltimore. The Ravens decided to go the Cameo route and brought in Kevin from The Office, Shooter McGavin and LaVar Ball, among others. It was the most random assortment of individuals and it really couldn’t be better.

The Ravens used Cameo appearances to release their 2021 schedule. It rules 👏pic.twitter.com/fqgN2MEDfD

Sticking with the celebrity appearance theme, the Cowboys called upon Post Malone to make ’em say WOW. Jerry Jones getting dripped out and making it rain is quite the surprise.

The Broncos chose to play into the ongoing social media debate about paying interns. However, their intern might be a little bit more recognizable than most.

GiVe ThE sOcIaL mEdIa InTeRn A rAiSe.

Our 2021 schedule brought to you by Peyton, the greatest summer intern of all time: pic.twitter.com/3G5KqTsTCa

Their NFC South rivals decided to release a movie trailer.

Coming soon to a stadium near you… 🍿 🎬#Saints | @SeatGeek pic.twitter.com/6bZpAVhIDn

Staying within the media sphere, the Giants created a video game.

Drop into our 2021 schedule pic.twitter.com/95dUJUHIpj

A little bit less high-tech, the Chargers went old-school and made a Powerpoint. Yes, you read that right.

should we REALLY make our schedule release video a powerpoint?

Perhaps the most cinematic of the bunch, the Bills got really creative.

The Houston Texans 2021 Schedule Release is being served 🍚

On a journey to find dubs.

It’s worth checking out the rest of the NFL schedule release videos, as they’re all super unique in their own ways. Football is coming!!!

Are you tired of waiting for football season?
We’ve got just what you need!

Back to gameday.
Back to traditions.
Back to New York Jets football.

The 2021 schedule is here. It's time to get back to being together. pic.twitter.com/ANHCjm1Jkl

Stand up Miami, this is OUR season 😎

How our 2021 schedule is built 💪@UPMC | 📺: #NFLScheduleRelease on @NFLNetwork pic.twitter.com/amc1bILHjL

So we called these two. pic.twitter.com/1Pc64ZXCbS

We look forward to the challenge of the 2021 season. pic.twitter.com/pR3SAQEeU2

Our 2021 schedule is truly a work of art, presented by @Hyundai.

See you this fall 😊 pic.twitter.com/BwRpsEERCU

The Road to the #RamsHouse.

Hop in, we're going through the 2021 schedule. pic.twitter.com/D3ay0Z7jLF

This year, we circle every game.
The 2021 NFL Schedule has arrived.