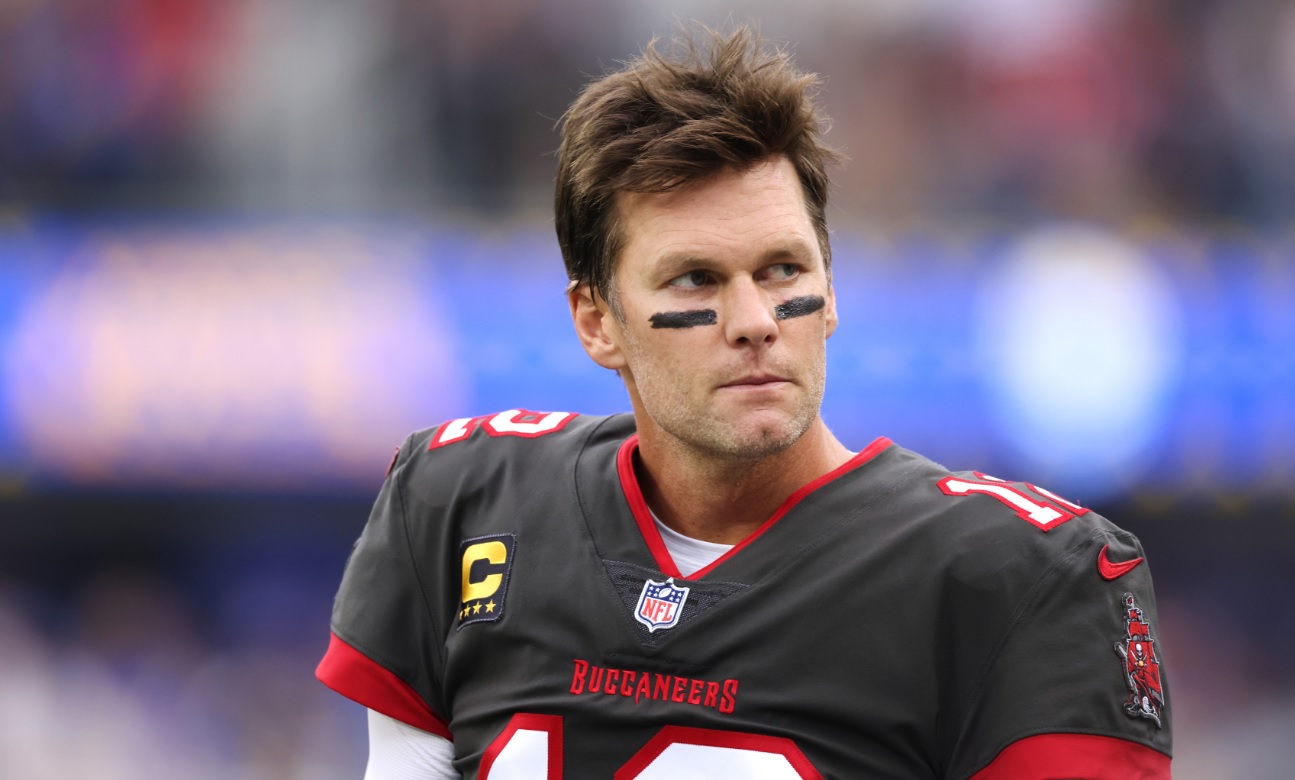 Tom Brady may have attempted to get himself traded to the Dolphins in a bizarre fashion this offseason, and now people are calling for the NFL to look into the matter.

Last week, the Boston Globe’s Ben Volin reported that Brady apparently was going to force the Bucs to trade him to the Dolphins by faking his retirement, but the plan blew up when Brian Flores sued the team for racial discrimination.

On the morning of Feb. 1, Brady announced his retirement — except that he never actually used that word. He said he was “not going to make that competitive commitment anymore.” His choice of words was deliberate.

Just hours later, on Feb. 1, Flores filed his lawsuit against the Dolphins and the NFL alleging racial discrimination, as well as making explosive allegations against Ross of trying to lose games intentionally and of tampering with a certain star quarterback.

The lawsuit messed up everything, per the source. The plan to hire a white coach and a white team president without going through the Rooney Rule probably wouldn’t fly once the Dolphins were sued for racial discrimination.

On Wednesday, Yahoo Sports NFL writer Charles Robinson noted that the NFL should investigate the tampering allegations made against Brady and Miami Dolphins owner Stephen Ross.

If Dolphins owner Stephen Ross and Brady were constructing a backdoor strategy to make him Miami’s starter in 2022 — first having him “retire” from the Bucs to become a Miami executive, then eventually forcing a trade of his player rights — how did such an elaborate plan come together without a staggering amount of tampering?

Inquiring minds inside the league office should want to know. Even if it means going through Brady’s cellphone records yet again.

Because the way this is being reported, a faux Brady retirement was the first step in the scheme, and that alone suggests it was drawn up while he was still a member of the Buccaneers. There’s no way of doing that unless Brady or someone operating on his behalf is an active participant in Miami tampering. Which should be generally problematic, given that owners tend to frown on other owners poaching their star players.

Should the NFL investigate whether the Dolphins tampered with Tom Brady in 2022? Hell yes. Will it? Hell no. https://t.co/sA6fBgisen

It’s highly unlikely that the NFL would look into Brady, considering the massive amount of ratings he delivers to the league on a weekly basis.