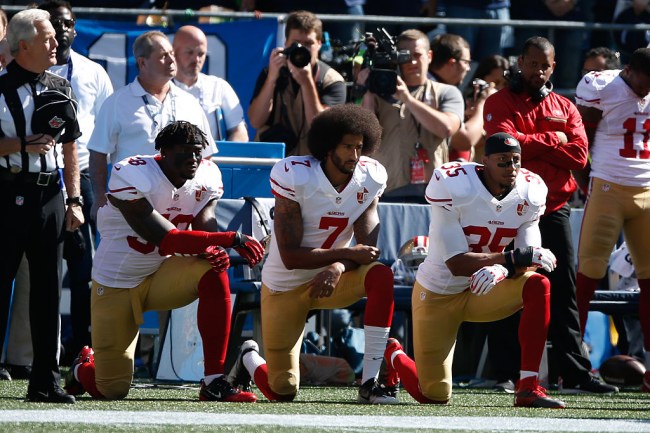 After a backlash this season from fans over anthem protests, the NFL is looking to make a drastic move to appease those who were offended by players who chose to kneel during the “Star Spangled Banner”.

According to ESPN’s Jim Trotter, the NFL is considering implementing a new policy that would require players to remain in the locker room during the playing of the national anthem next season.

I continue to hear from knowledgeable people that the league plans to keep players in the locker room next season during the playing of the National Anthem.

The idea was floated around last year but that the policy change will probably do little to satisfy President Trump who has been a vocal critic against anthem protests and was against the keeping players in the locker room when it was first reported by the Washington Post.

The NFL is now thinking about a new idea – keeping teams in the Locker Room during the National Anthem next season. That’s almost as bad as kneeling! When will the highly paid Commissioner finally get tough and smart? This issue is killing your league!…..

The NFL can try out all sorts of different policies but players will probably find a way to protest the anthem and people will continue to be offended.