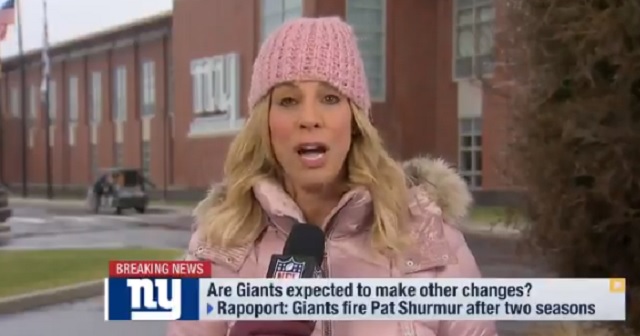 It seems like NY Giants GM Dave Gettleman has been busy this week behind the scenes.

The New York Giants are firing coach Pat Shurmur, according to reports.

Shurmur was the 1st Giants coach since Ray Handley (1991-92) to not lead New York to at least one playoff berth during tenure. https://t.co/kopNnm1zMI

After Shurmur’s firing there were questions as to whether the team would retain GM Dave Gettleman. In a report for NFL Network this morning Kimberley Jones said that Gettleman was trying to get her and other “reporters” to do his “bidding” and that she refused to do so.

“Dave Gettleman in recent days and weeks has courted several reporters to do his bidding. They have done so. Candidly, I’m not among them, and I’m 100% comfortable with that. But I do believe the Gettleman factor will loom large when it comes to hiring a new coach

The team eventually announced that Gettleman was coming back for another season much to the chagrin of Giants fans.

The #Giants are keeping GM Dave Gettleman, source said. He will, as he mentioned, meet with reporters on Tuesday.

Jones was praised for not kowtowing to Gettleman.

Kim Jones body bagged reporters who have been running circles for Dave Gettleman.

I truly appreciate Kim Jones. A role model in the business. https://t.co/dtwXW1odHP

Gettleman has courted several reporters according to KJ. What a politician- can’t do his job but is all about controlling his phony image. Kim Jones is awesome. https://t.co/gOaJfJGFdn