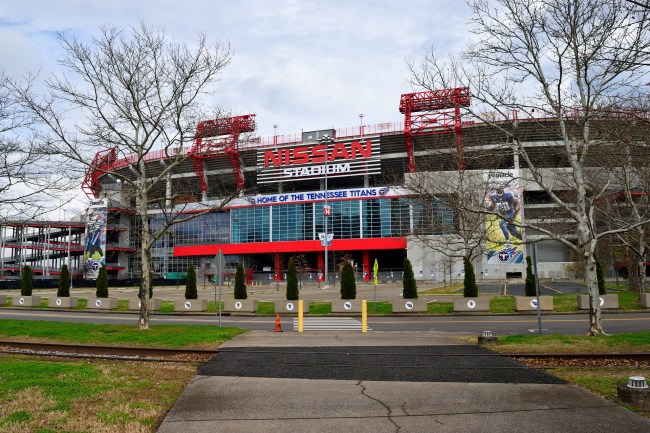 Around the league, there’s a crescendo building of calls for the Tennessee Titans to forfeit a game or games instead of games being postponed with the argument being it unfairly punishes the Titans’ opponent who are forced to lose a bye week or play a game on short rest because of a health crisis they had nothing to do with.

Case in point, Torrey Smith firing off this tweet with ESPN’s Ed Werner echoing that this is a common refrain around the league right now.

The Titans should have to take a loss and play next week because of their irresponsible actions.

Lot of this sentiment in the league. https://t.co/vejiuWB6kO

One reason why you might not see every NFL player coming out in favor of teams being forced to forfeit games is because the players on BOTH TEAMS will literally lose their game checks and won’t be paid a dime if the game is forfeited according to Chris Mortensen.

Then @Bills players would not be paid game check under revised COVID-19 terms.
It's hot-button topic players are discussing among each other.
Roster sizes, game-day actives, IR modifications and COVID-19 designations were among conditions put into place to avoid this scenario https://t.co/PU42wH3Fnj

Another thing to consider: If a game is forfeited or canceled due to Covid, NEITHER team gets paid. So Bills players wouldn't be paid if the Titans have to forfeit.

It’s not just the team forfeiting the game that wouldn’t get paid, their opponents would lose out on a game check even if every player on the team was healthy because the game wouldn’t be paid. This seems like something that should’ve been hashed out ahead of time when putting forth COVID protocols but there was so much focus on ensuring the games happened it seems that nobody thought to go through every possible disaster scenario.

As it stands, it seems like there’s some wiggle room in how the negotiations went and players agreed to not be paid for cancellations or suspensions but not because of forfeits, so this would surely lead to some interesting negotiations.

We’re talking about A LOT of money that would be lost. The average QB salary is close to $2 million and the average game check for QB’s equals out to $123,186.38/game. That game check is A LOT MORE for star players. Take a player’s annual salary ($45 million average for Patrick Mahomes???) and break it out by 16 games a year.

Liam McKeone on The Big Lead is right to point out the NFL has a lot of work to do before they can force teams to forfeit games because the players will lose out on life-changing money, many by no fault of their own.