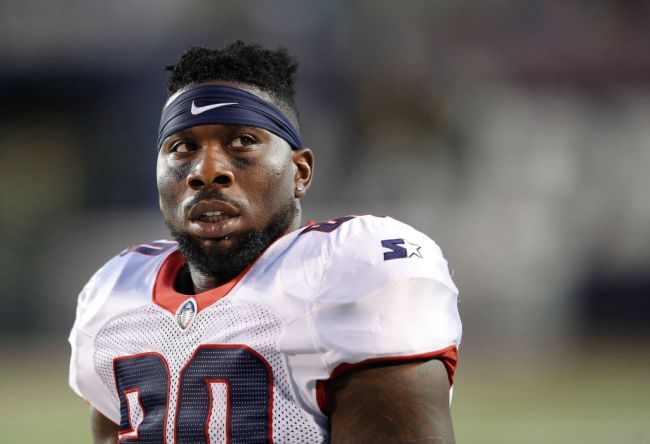 NFL players are sounding off after a video featuring former Jets running back Zac Stacy committing domestic violence was shared on the Internet on Wednesday night.

The extremely disturbing video shows Stacy brutally beating his girlfriend in front of their five-month-old son.

We’re told Stacy became furious and aggressive with his ex during an argument … and that’s when video shows the former 5th-round pick swinging at her head before yanking her off a couch, tossing her across the room and into the TV.

“He punched me several times in the head! I begged him to stop because the baby was on the couch just a few feet from where he punched me,” the woman wrote in the restraining order application.

She continued … “He then picked me up and threw me into my TV. The TV began to fall, and he turned to make sure I wasn’t getting up. As I laid on the floor, he began to yell at me, telling me I’m destructive. He then picked me up off the floor and off my feet and body slammed me into our son’s bouncy seat.”

That’s when she says Stacy said “I love you” to their baby boy, and bolted. In the restraining order docs, the woman adds, “I fear for my life and my children’s lives.”.

NFL stars like Davante Adams and Will Compton went on to slam Stacy on social media.

I’m not retweeting the video but ZAC STACY NEED TO BE THROWN UNDER THE JAIL. Any man that puts his hands on a woman is a coward. Can’t believe what I just saw.

Sad video going around on Zac Stacy. I don’t want to post it because it’s triggering

That man needs some serious consequences putting his hands on a woman like that in front of their son.

I can’t even begin to understand getting to that point. That’s ridiculous

Woke up to the Zac Stacy video. Made my stomach turn. Not retweeting. Crazy to play w someone for a couple years & you have no idea what kind of bullshit they do at home.

I hope Zac Stacy is somewhere gettin his ass whooped right now! Any Man that puts their hands on a Woman is a SUCKA in my book.

For the record…. Any man that puts his hands on a woman is a coward!

Short of defending yourself in a life or death situation, there is no excuse!