The NFL Says It’s Going To Print Fans’ Tweets On The Super Bowl Confetti, Fans Proceed To Mock The NFL 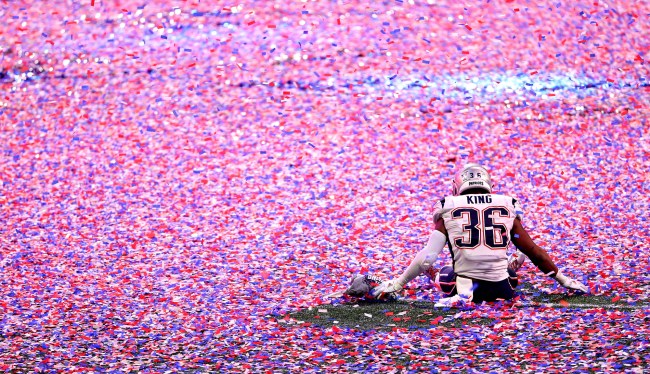 The NFL announced on Wednesday that the league plans to print fans’ tweets out on the paper that will be used as confetti during the Super Bowl LIV celebration.

Ian Trombetta, Senior Vice President of Influence Marketing for the NFL (yes, that’s a real title), said about the idea.

“We worked with Twitter to really maximize those opportunities to find new ways to engage with our fans,” Trombetta told AdAge. “Confetti tweets, that’s going to be something that’s really special [that will] captivate followers on Twitter by bringing to life this analog moment and this emotional moment.”

T.J. Adeshola, head of U.S. sports at Twitter, said about the idea, “We’re truly going to be integrated, not only in the Super Bowl, but in the celebration.”

Trombetta added that for those wondering why on Earth anyone would care about having their tweet appear on a piece of confetti, “People grab that confetti and take it home as memorabilia. And they even sell it online.”

“Send a message to your team using #NFLTwitter, and you might have YOUR Tweet featured on Confetti in the #SBLIV Celebration,” the NFL tweeted.

Send a message to your team using #NFLTwitter, and you might have YOUR Tweet featured on Confetti in the #SBLIV Celebration. pic.twitter.com/JaFNZ6DpXg

Not sure why they capitalized confetti, but they do seem pretty excited about this idea, so maybe that’s why.

You know who is not very excited about this idea to print fan’s tweets on the Super Bowl LIV confetti? The fans.

Dumbest idea I ever heard.

And appropriately they will finally end up in the trash, where most of them belong anyway... 🚮

Always wondered how you could make confetti a more wasteful way to celebrate.

Eh, I am sure everyone will tweet appropriately knowing the NFL has made this possible using the hashtag #NFLTwitter and it will all go very smoothly.

the pharmaceutical company is more dangerous than Pablo Escobar #NFLTwitter

#NFLTWITTER Deflategate was made up by a terrible commisioner

#NFLtwitter if @_TJWatt doesn't win DPOY, you can find my body at the bottom of the Hudson...

Fun! Junior Seau shot himself in the chest so science could study his CTE. #NFLTwitter

Help! I'm trapped in the locker room and Goodell won't let me out until I swear allegiance to the patriots #NFLTwitter

Off to a great start.