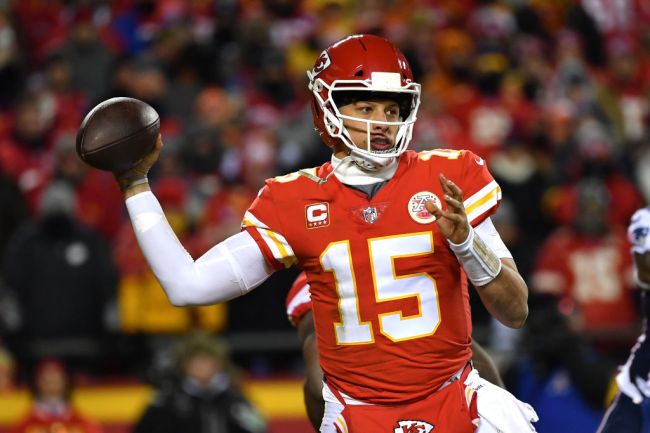 The NFL season kicked off on Thursday night as the defending Super Bowl champ Chiefs knocked off the Texans 34-20. Just a few weeks ago it didn’t seem possible that the NFL would be playing a game on September 10.

The NFL pulled it off, there was live football on television on Thursday night, but apparently people weren’t interested in tuning in. The ratings for this year’s season opener compared to last season’s are bad, real bad.

According to Deadline, early numbers show that the primetime NBC game scored a 5.2 among adults aged 18-49 with 16.4 million viewers tuning in between 8-11 p.m. ET. While the numbers for the game will certainly be adjusted upward as more numbers come out, but right now, they mark a 16.1% drop.

Last year’s season opener on NBC between the Bears and Packers ended up with a viewership of 22 million. Among the key demographic, the 2019 kickoff went on to earn a 12.8/26 rating.

Thursday’s season opener could very well end up being a 10-year low for the NFL and NBC, according to the report.

While there are a number of reasons as to why the ratings came in so low for the opener, the numbers themselves reflect that some people refused to tune in with the league and its teams expressing both political and social justice opinions before and during the game.

The Texans did not take the field during the national anthem, the field was bordered with the words ‘End Racism,’ and teams locked arms at midfield prior to kick off for a ‘Moment of Unity’ which was met with boos from some fans in attendance. Some people have unplugged from watching sports due to the many other situations the United States currently finds itself in and don’t like the sports world combining with the ‘outside world.’

There were also NHL and NBA playoff games on Thursday night, Serena Williams was playing for a spot in the final at the U.S. Open and MLB games were taking place as well, but the NFL, from a popularity and viewership standpoint, trumps those events pretty much 365 days per year.

It’s not like this was a lackluster game, either, we’re talking about Deshaun Watson going head-to-head with Mahomes here.

Simply put, people aren’t as interested in watching sports these days, including the NFL season opener, compared to this time a year ago with everything going on in the country at the moment.