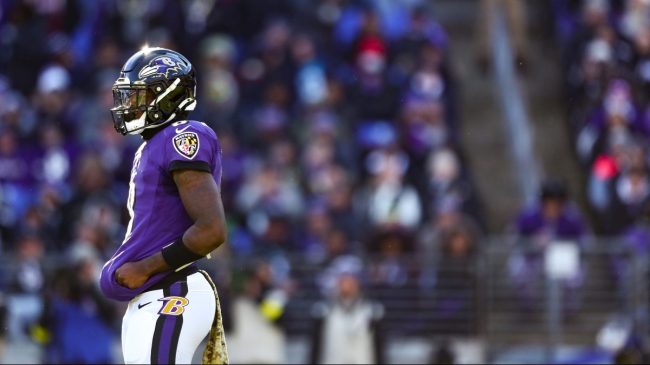 Finances in the NFL have been a hot topic of discussion for years now. With other sports leagues allowing more guarantees in contracts, professional football players are hoping to get much of the same. However, it’s been incredibly difficult for the most part. For that reason, the NFLPA surprisingly placed a collusion claim against the league.

According to The Athletic, “the NFLPA has filed a collusion claim, arguing that NFL owners are colluding to prevent fully guaranteed contracts.” What seems to have set off this decision was the fact Deshaun Watson received a fully guaranteed deal while no other quarterback has gotten one since then.

Some news: Per an NFL memo sent to club execs, the NFLPA has filed a collusion claim, arguing that NFL owners are colluding to prevent fully-guaranteed contracts, since no QB has gotten one since Deshaun Watson. https://t.co/P7NT9kyJj9

It’s a bad look for the NFL in general. Either way, it has football fans everywhere buzzing about what could be in store for the future.

Lamar is being used by his NFLPA advisors to set a real precedent for all-guaranteed contracts. Some team may offer him $250M guaranteed, but I don’t think it will be the Ravens in 2023.

A lot of people are wondering why any franchise would follow in Cleveland’s footsteps.

Why would anyone want to copy the Browns?

Seems to be a lot of business experts in the mentions these days.

I mean, it’s a pretty dumb business decision, so there’s that.

We’ll see how this plays out. It appears the NFLPA is using Lamar Jackson’s situation with the Ravens as leverage against the NFL. Maybe more guaranteed deals will come to fruition in the future. For now, we’ll just have to keep a close eye on the league. Especially once the offseason begins. In the meantime, look for Jackson to keep balling out.