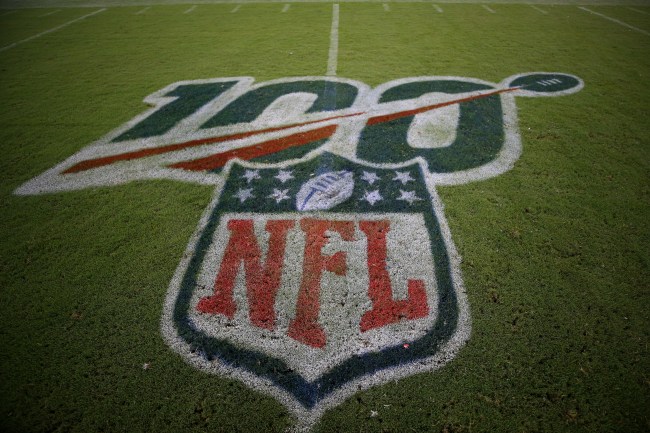 The NFLPA seems to be preparing for a work stoppage following this upcoming season. How do I know that? Well, because they sent out a “Work Stoppage Guide” to current players telling them how they might best prepare for the situation, trying to advise them on things like finances when it comes to homes and/or apartments, cars, child support and even frequency of buying clothes.

For those out of the loop, the NFL and NFLPA have a pretty big negotiation coming up after this year, with the possibility of a work stoppage looming in 2020. And, whether the NFLPA sent this “Work Stoppage Guide” to try and posture for position in the talks or because, deep down, they want to make sure players are aware of the reality that big-time paychecks may stop coming in in the not-so-distant future, it’s an interesting tactic.

A copy of the NFLPA’s message to the players was obtained by Pro Football Talk, so take a look at some of its contents below.

The guide includes an “ABC” approach — adjust, budget, cut — that recommends cooking at home instead of eating out, cancelling unused subscriptions, adopting a weekly “no spending day,” reviewing investments, implementing a “friends and family policy” regarding money given to those who commonly ask for some of it, avoiding the co-signing of loans, making arrangements for child support and/or alimony to allow temporarily reduced payments during a work stoppage, renting unoccupied homes or bedrooms to offset mortgage expenses, saving at least half of each game check, making any essential home repairs now, renting instead of buying a home, delaying the purchasing of any cars until after the CBA is signed, selling any car that hasn’t been driven in six months, reducing clothing purchases, selling clothes that haven’t been worn in over a year, getting a line of credit in place now for use if necessary during a work stoppage, and more.

That’s all pretty solid advice from the NFLPA to its players, with the best interest in mind as negotiations begin between the players association and the league. But here’s where things sort of get more interesting, because, in this “Work Stoppage Guide”, the NFLPA also outline an update on the status of the labor deal and the negotiations, which seems to imply that, should there be a work stoppage, it’ll be a lockout, not a strike — which is a direct shot at the owners, placing blame on them should there be reduced or no football next season.

Although the signs and signals of a lockout have not been as clear under the current labor deal as they were under the last one, the NFLPA has been bracing for the possibility that one or more of the areas in which the NFL hopes to improve its standing (like stadium credits) could result in ownership preventing the players from working until they cave on that issue.

That’s the most important distinction to remember as this process proceeds. Ownership’s nuclear option is to shut down the operation until labor gives in. Labor’s nuclear option is to walk out the door. In 1987, the players walked out during the regular season, with the goal of putting maximum pressure on ownership. When the strike collapsed a few weeks later, it became regarded as a given that a strike isn’t sustainable for NFL players.

Who knows how all of this turns out, but good on the NFLPA to at least help get players ready by outlining the reality that owners may lock them out next season. The players who are wise will take the advice and start saving, getting their finances in order should negotiations stale over the next year or so. Either way, let’s all hope that a lockout doesn’t happen and things get agreed on swiftly.