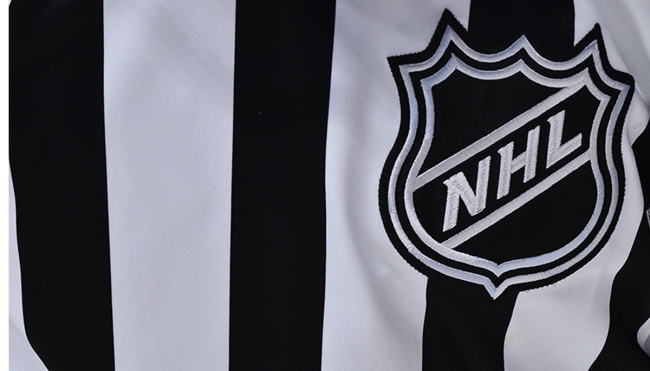 Earlier this week, the NHL treated referee Tim Peel to an early retirement after a hot mic captured him seemingly admitting to calling an incredibly weak tripping penalty against the Nashville Predators because he just sort of felt like it.

If you’re a hockey fan who was genuinely surprised by Peel’s admission, I sincerely envy the pure and idealistic worldview you need to possess to think this was an isolated incident as opposed to a rampant problem that has plagued the NHL forever, as officials have a long and proud history of turning a blind eye to blatant violations in the spirit of the “Let The Boys Play” mentality while routinely atoning for their sins by calling questionable penalties to make up for no-calls earlier in a game.

Peel wasn’t fired as a result of doing what every other ref in the league does on a regular basis but rather because he made the fatal error of forgetting there was a microphone attached to his sweater capable of broadcasting every word he said to the world. As a result, it’s easy to understand why the NHL decided to sever ties with him, as it was an easy way to pretend it actually cares about the integrity of the game while sending a thinly-veiled warning to other officials to avoid making the same mistake.

I’d argue the easiest way to avoid befalling the same fate as Peel would be to, you know, actually do the job that allows you to rake in a six-figure salary. However, on Thursday night, ref Eric Furlatt discovered a truly brilliant loophole while telling Maple Leafs winger Wayne Simmonds why he declined to send Senators defenseman Artem Zub to the penalty box following what appeared to be a fairly blatant trip.

The solution? Covering up his mic.

Here's a clip of the non call on Simmonds and the ensuing covered-mic conversation pic.twitter.com/4MmXSbKCKj

It’s unclear what Furlatt told Simmonds, but it’s very obvious what the forward said to him and fellow referee Brad Meier when he expressed his displeasure.

Simmonds giving it to the refs

I for one am shocked Peel’s firing didn’t manage to magically solve the NHL’s officiating problem.