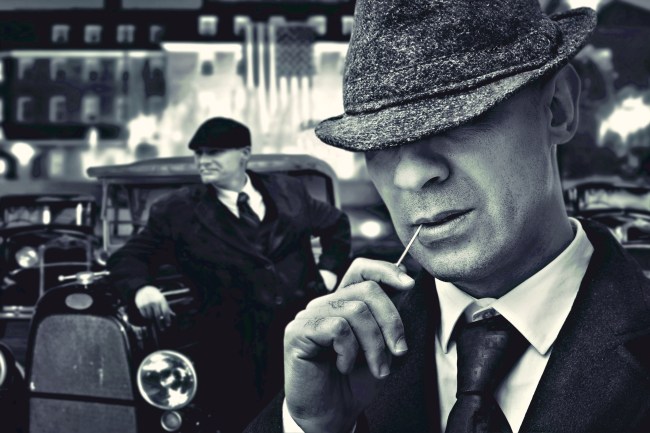 Last week, Ohio State defensive end Nick Bosa was drafted #2 overall by the San Francisco 49ers making him the seventh person from his family to head to the NFL. The Mannings are often thought of as the First Family of Football but the numbers tell a different story.

You might think that a family with seven NFL players dating back to the 1987 NFL Draft when John Bosa was taken 16th by the Dolphins wouldn’t be overshadowed by a family member who never made the league but you’d be wrong. Nick Bosa’s great-grandfather was a blood-thirsty mobster who was a member of Al Capone’s organization.

Nick’s great-grandfather, Tony Accardo, is the subject of an upcoming Sports Illustrated article that tells the story of the most bizarre draft note from the 2019 NFL Draft. I stumbled across this excerpt and thought to myself ‘how bad could this guy have been?’ and then I read on….holy shit.

This was the type of criminal that existed in previous generations that we can’t even fathom in America right now. I’m sure this level of lawlessness still exists in other countries but could you imagine this shit going down in the USA in 2019? Because I sure can’t.

Tony Accardo didn’t get the mob handle Joey Batters for his proficiency at baking muffins. And the same ruthlessness that earned Accardo his nickname and a place on Al Capone’s org chart was on full display a half-century later. In early 1978, Accardo was in California to escape the Midwest’s biting cold when robbers broke into his suburban Chicago home. The 71-year-old Accardo seethed, less for rage over property lost than over the breach of respect.

At the time, he passed his days playing with his grandkids, including his daughter Marie’s thick-shouldered son, Eric, then 12. Still, Accardo wasn’t beyond demonstrating who was boss. Using his connections to identify the thieves, he betrayed no mercy. Within the year, 10 men were dead. According to the Chicago Tribune, “Each was found with his throat cut; one was castrated and disemboweled, his face removed with a blow torch, a punishment imposed, presumably, because he was Italian and should have known better.” As another account in The Guardian put it, Accardo “avenged insult with interest.” (via SI)

This story was eventually confirmed in 2002 by Nicholas Calabrese, a former hitman who made history by becoming the first-ever ‘made man’ to flip and testify against the mafia in a case that would send multiple mobsters to prison. He testified on the stand that this revenge killing happened.

The article about Nick Bosa’s great-grandfather goes on to talk about how he not only saved Al Capone‘s life by throwing himself across Capone to thwart a Tommy Gun hit but he also dished out violence himself instead of delegating it as an old man. Here’s how he got his nickname Joey Batters:

Accardo would not only take bullets for Capone, but also deliver deadly blows. By some accounts he helped plan the 1929 St. Valentine’s Day Massacre, when Capone’s soldiers, dressed as police, killed seven members of Bugs Moran’s rival bootlegging gang. Days later Accardo figured prominently at a dinner that had been arranged both to celebrate Capone’s consolidation of power and to deal with two troublesome capos. In a scene later bastardized in the 1987 film The Untouchables, Accardo took the men out back before the main course was served and bashed their skulls in with a baseball bat. “Boy, this kid is a real Joey Batters,” Capone allegedly enthused about his protégé. The nickname stuck.

Despite these acts of violence, Accardo was, really, more brain than muscle. His specialties: understanding legal loopholes, expanding the mob’s reach and prospecting for new revenue streams. He was particularly involved in the gambling racket around Chicago, at one point overseeing an estimated 7,500 mob-controlled businesses that offered games of chance. (via SI)

I have to imagine that a guy who lived a life like that wouldn’t be AT ALL surprised to learn that seven people from his family would go on to play in the NFL. This strikes me as the type of person who believes he can do anything he wants and will just chop down anyone who gets in his way.

I highly suggest CLICKING HERE to read the full article on Sports Illustrated because the parts about his days as a bootlegger during prohibition are insane.