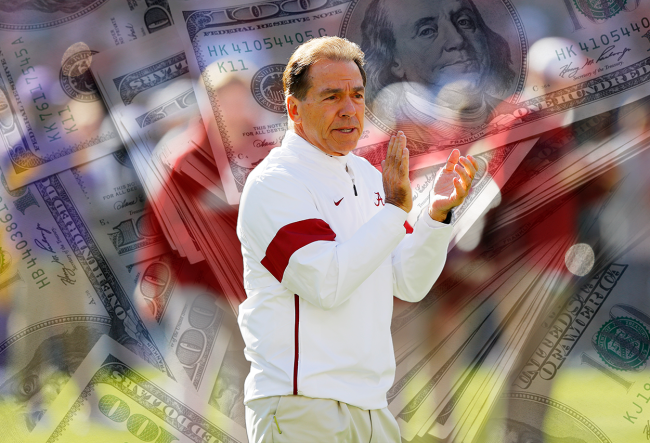 Nick Saban has been the head football coach at the University of Alabama since 2007. During that timeframe, the Crimson Tide and its head coach have won six national championships, eight SEC championships and sent a large amount of players to the NFL.

Since 2000, Alabama has had 127 athletes go on to play on the next level, the second-most behind only Ohio State. When you remove the seven years that were not coached by Saban, the Crimson Tide has the most NFL Draft picks since 2007 and that doesn’t include undrafted free agents.

Needless to say, Alabama produces NFL talent year-in and year-out. As a result, Saban and the program he has built gets his players paid.

On Tuesday night, Saban spoke with media present at a fundraiser for Team Focus, a youth mentoring organization founded by broadcaster and former college football coach Mike Gottfried. While answering questions about his coaching process and player development, he blew everybody’s mind with an astonishing stat.

Since 2007, when Nick Saban took over the Alabama Crimson Tide football program, his players have made $1.7 billion (with a b) in the NFL.

That’s a massive amount of money. But that’s what happens when your team consistently has the most or at least top-three most players drafted each year.

Not only is Saban able to tout the insane monetary number as a flex, it’s quite the recruiting tool.