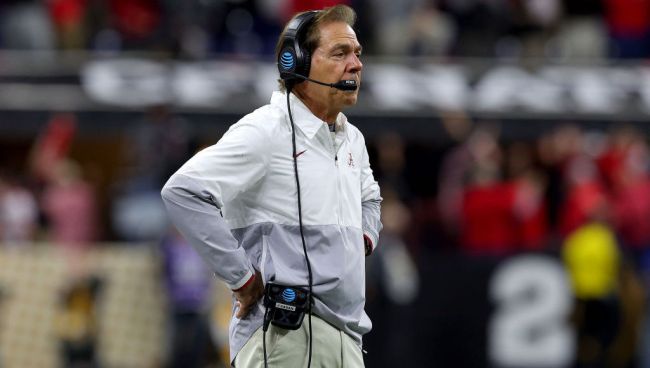 Something about success breeds contempt. Just look at Bill Belichick. There can occasionally be a perception that only the ruthless can become so wildly successful. And while that’s partially true, ruthless doesn’t always equate to heartlessness, as evidenced by the comments Nick Saban made following Alabama’s loss in the National Championship game to Georgia.

Following the Crimson Tide’s 33-18 loss to the Bulldogs, Saban took a moment during his post-game press conference to highlight how much the team’s two stars, Heisman-winning quarterback Bryce Young and linebacker Will Anderson, mean to him and his team.

“You know, these two guys that are sitting up here, they’re not defined by one game. These guys played great for us all year, they’re great competitors, they were great leaders on this team, and they contributed tremendously to the success of this team, and we would not be here without them. Both of them take responsibility for the loss, but both of them contributed in a lot of ways, in a positive way, to giving us a chance to win and a chance to be here to have an opportunity to win. So I just want to thank them for that and let everyone know how proud I am of these two guys.”

Nick Saban is crazy likable. Almost impossible to do given how much he’s dominated. pic.twitter.com/zsyVJG7laY

Neither Young nor Anderson are draft eligible this season, so both standouts will be returning to the Alabama Crimson Tide next season, where they’ll look to lead the program to yet another national title.