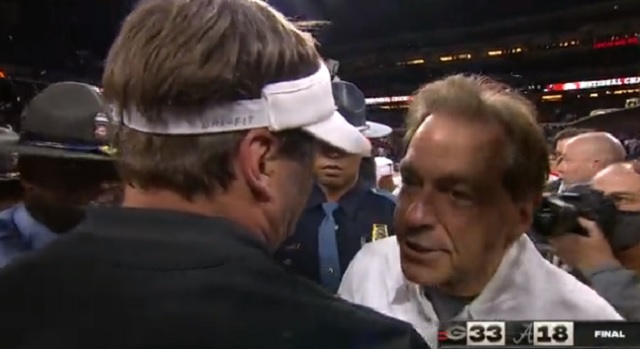 The Alabama Crimson Tide did not win this year’s National Championship game and Nick Saban was brutally honest about why his team lost while talking to Kirby Smart after the game.

During their postgame handshake, Saban admitted to Smart that Georgia “kicked our ass in the fourth quarter” to win the National Championship.

Nick Saban to Kirby Smart “You guys kicked our ass in the 4th quarter” pic.twitter.com/Ue5VNBvI9g

Saban also revealed to Smart that he believes wide receiver Jameson Williams may have injured his ACL.