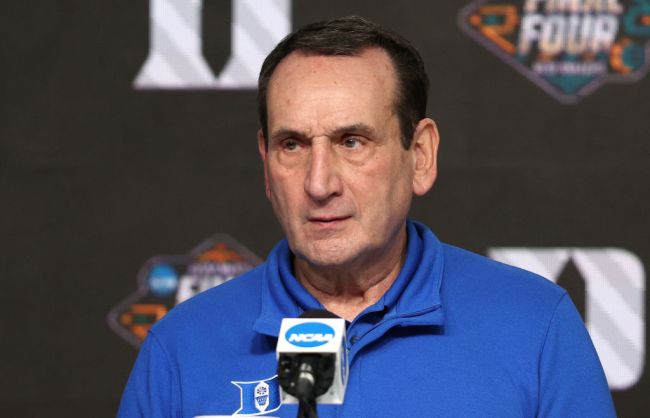 The loss came in an epic back and forth battle deserving of being the first NCAA Tournament matchup ever between the two storied programs and the last game of Coach K’s career.

In the aftermath everybody rushed to react to the wild game and to Coach K’s career ending. The posts ranged from heartfelt remembrances of K’s career to fans piling on after Duke was eliminated by their greatest rival. However, it was Nike who ended up posting the strangest message of the night.

You can't spell championship without K.

While I hope Nike’s social media manager was aware of the spelling error before posting and just chose to ignore it, there is another error that can’t be ignored here.

Championship will be spelled without a K this year. Coach K’s Duke squad will not be in the championship. Instead, it will be Kansas taking on North Carolina in the most important game of the college basketball season.

Do you know what the head coaches of those two teams have in common besides the fact that they both replaced Roy Williams as the head coach at their schools? Neither Hubert Davis nor Bill Self has a K in their name. Even their middle names don’t contain Ks. From a coaching standpoint, the championship game will be entirely K-less this season.

Coach K had an incredible coaching career ad I understand that there are those out there who wish to pay tribute to college basketball’s winningest coach, but can we please at least make sure the tributes make sense before they’re posted?