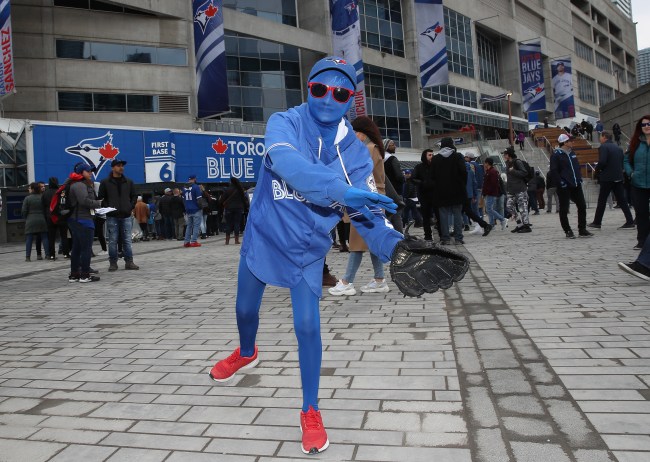 The Toronto Blue Jays made a late surge against the Baltimore Orioles on Monday to nearly overcome a 6-0 deficit and steal a win. This could all just be fiction or folklore because there was actually no one there to witness it.

The Blue Jays had the lowest attendance in nearly a decade, drawing just 10,450 in paid attendance. This marks the lowest since April 19, 2010, when 10,314 came out to see the Royals at Rogers Centre. Mind you, Monday night games are historically never big attendance drawers and two much better Toronto teams–the Raptors and Maple Leafs–were playing at the exact same time, but still, more people showed up to my men’s league play-in game.

Going to go out on a limb and say it’ll be quiet in here tonight. pic.twitter.com/HbTzCJ7rK5

If it’s of any consolation, the Blue Jays crowd wasn’t even the weakest MLB crowd of the night. The Cincinnati Reds drew 7,799, the lowest in their ballpark’s history, and the Miami Marlins seated just 6,489 in their loss.

(For the Marlins, indifference has been an issue for the few games this season.)

Game 2 for the Marlins 2019 season. pic.twitter.com/3kfTZFyPyo

No worries for those who didn’t make it out to the games Monday, there are 155 more this season.