North Carolina Basketball Fans Are Upset About Joe Lunardi’s Latest Bracket, But Should They Be? 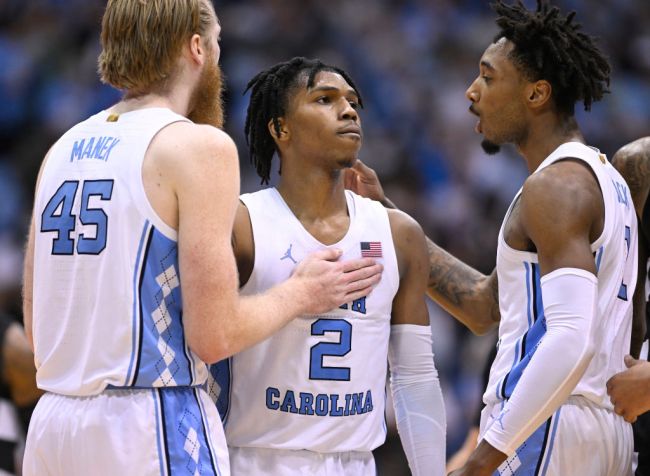 With Selection Sunday just 17 days away, fans are starting to become a lot more wary of where their favorite teams are being placed in bracketology projections. That includes fans of one school who still might not be used to having to sweat out seeding during this time of year.

North Carolina has a long history of finding themselves on the first or second seed line and being viewed as favorites to win the NCAA tournament. This year is a different story. The Tar Heels are 20-8 and currently find themselves in 3rd in the ACC standings, but their NCAA tournament seeding is still a major question mark.

In fact, Joe Lunardi barely has them in the field of 68. In his most recent bracket, Lunardi had the Tar Heels as the first of his “last four in”.

North Carolina fans are not happy with their team’s placement.

My God…North Carolina is 20-8 (6-3 in true road games) and smoked 15-11 Michigan by 20+ points head to head. On what planet are they ahead of UNC in the selection process?

Joe why is Michigan ahead of UNC on the bubble?

What did UNC do last night to drop from last 4 byes to last 4 in?

There’s just one issue with the complaints from UNC fans. North Carolina might not actually deserve to be in the field at all. UNC is 1-7 in Quad 1 games and their best win of the year is against a Michigan team that is barely ahead of them in Lunardi’s projection. They also have an awful loss at home to Pittsburgh on their record.

Meanwhile, they have teams behind them like San Diego State, Loyola Chicago, and North Texas who all have better Quad 1 records, better NET ratings, and didn’t lose at home to Pitt. Right now, the only thing keeping UNC in the tournament field is the fact that playing in the ACC still counts for something.

They should be happy they’re even getting that much credit without a signature win this year.