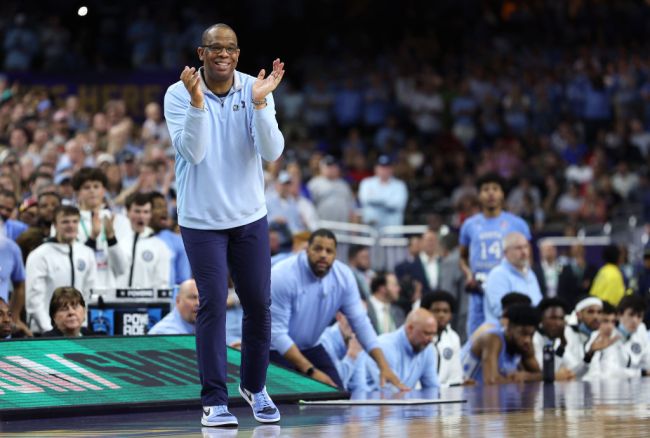 We’re barely more than a week removed from the conclusion of the NCAA Tournament, but many are already looking towards next season. There are many teams who will have big questions to answer this season as players graduate, enter the draft, and enter the transfer portal. One of those schools is national runner-up North Carolina.

The Tar Heels already know that they’ll be without 3rd leading scorer Brady Manek next season and they’re also going to lose their best defender in Leaky Black as both men were seniors this past season.

That’s already a lot to deal with for a team whose starters rarely left the floor, but the Tar Heels also had to worry about players leaving for the draft.

North Carolina’s two leading scorers, Armando Bacot and Caleb Love, garnered a lot of attention on the team’s run to the final and both were considered candidates to at least consider the NBA Draft.

Today, Armando Bacot posted a video on Twitter announcing that this wouldn’t be the case for him as he will be returning to North Carolina for his senior season.

Keeping Bacot is a massive win for North Carolina. Bacot is just about a guaranteed double-double in every game he plays and his dominance in the paint was a big reason why North Carolina was able to make a run to the NCAA Tournament Final this season.

With Bacot confirmed to return, UNC already has a strong roster for next season. If Caleb Love also comes back then there’s a good chance we could see this North Carolina team return to the Final Four.