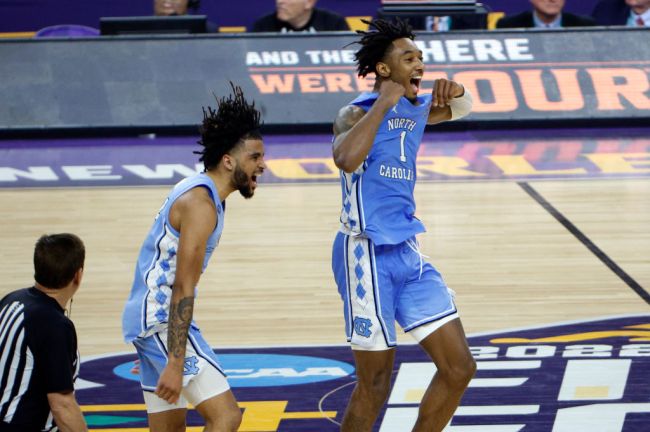 It should come as no surprise that the last ever battle between Coach K’s Duke and North Carolina evoked many of their past classic battles. The game was one of the most exciting of the NCAA Tournament and one that fans will be talking about for quite some time.

The game was a back and forth battle from the start. Early on, it was a defensive battle as both teams came out tentatively on the offensive end. However, it didn’t take long for these two teams to get back what they do best and start scoring in bunches.

The teams took turns delivering blows throughout the first half, with Duke eventually entering halftime with a 3 point lead. Then the game really got wild.

Duke scored the first two baskets of the half to extend the lead to 7, the largest they would hold in the game. North Carolina answered back with a 13-0 to take a 6 point lead, their largest of the game.

Duke quickly battled their way back to a tie game and from there the teams would again take turns with the lead. The game went right down to the wire with Trevor Keels hitting a 3 with 2:10 left to give Duke a 1 point lead. Brady Manek answered back with a 3 of his own to take back a 2 point lead. Then Wendell Moore hit one to put Duke back on top.

RJ Davis then hit a pair of free throws to put the Tar Heels back on top. Then a pair of missed free throws from Mark Williams gave UNC the ball with a 1 point lead and 47 seconds left and Caleb Love did the same thing he’s done for the last few rounds. He drilled a contested 3 with 28 seconds left and Duke would never get closer than 2 again as UNC won 81-77.

North Carolina pulls off the upset! They're just the fourth 8-seed to advance to the championship game. pic.twitter.com/bWu4f8Bg8w

The North Carolina win continues a trend of them spoiling big moments for Coach K. They had already beaten Duke in is last home game as their head coach and now they’ve beaten him in his last game ever. In fact, Duke fell short in all of Coach K’s big “lasts” this year. They also lost to Virginia Tech in the final of his last ACC Tournament.

One coach who isn’t having that issue right now is Hubert Davis, who in his first year replacing Roy Williams as head coach has now led North Carolina to their first NCAA final appearance since they won it in 2017.

The Tar Heels will go on to play Kansas on Monday night in a battle between the only two universities Roy Williams ever coached.