Officials Issue Report On Cause Of Helicopter Crash That Killed Kobe Bryant, 8 Others 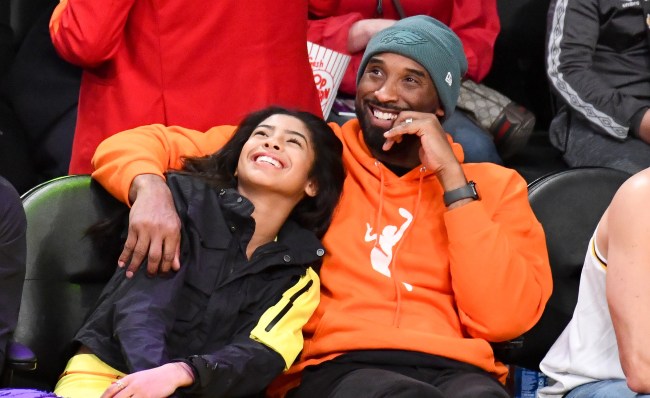 National Transportation Safety Board (NTSB) safety officials issued their report on Tuesday regarding the cause of the helicopter crash which killed NBA legend Kobe Bryant, his daughter Gianna and seven others.

“In every accident, we study the roles of the human, the machine, and the environment,” said Robert L. Sumwalt, NTSB chairman. “Today, at the juncture of ‘human’ and ‘environment,’ we will discuss the aspects that influenced the pilot’s decision-making. He was flying under visual flight rules (VFR), which legally prohibited him from penetrating clouds. However, he continued this VFR flight through the clouds, into instrument meteorological conditions.”

The NTSB reported the Jan. 26, 2020 crash was caused, in large part, due to the Sikorsky S-76B helicopter’s pilot, Ara Zobayan, violating federal flight standards when he flew through clouds and likely became disoriented, reports the New York Times.

The chairman of the National Transportation Safety Board said that the pilot, Ara Zobayan, was operating under rules that prohibited him from flying into the clouds, but that he had nonetheless continued. Mr. Zobayan indicated that he was trying to climb above the clouds while he was actually rapidly falling, a sign that he was disoriented, investigators said.

The close relationship between Mr. Bryant and Mr. Zobayan, who had flown the basketball star and his children many times, may have made the pilot want to complete the flight despite the hazardous conditions, investigators said.

“This weather did not sneak up on the pilot,” Bill English, the lead investigator on the case, told board members. He said the pilot had crashed just minutes away from an airport where he could have landed. Once disoriented, the pilot seemingly did not reference his instruments, did not understand them or did not trust them, investigators said.

English added that the failures came from “the in-flight decisions, the pressing on at high speed” despite the weather conditions.

The NTSB said while air traffic control asked the pilot to “ident,” which means for the pilot to put his hand to the center of the instrument panel and press a button, it introduced “operational distractions from his primary task of monitoring the flight instruments” since he lost visual sight in the clouds.

“The resulting descent and acceleration were conducive for the pilot to experience a somatogravic illusion in which he would incorrectly perceive that the helicopter was climbing when it was descending. The helicopter continued this steep descent the pilot was either not referencing the instruments or having difficulty interpreting or believing them due to the compelling vestibular illusions and he did not successfully recover the helicopter,” the NTSB official said during the meeting.

NTSB chairman Sumwalt also pointed out that the previous owner of the Sikorsky S-76B regularly operated it with two pilots, something that may have helped prevent the disastrouds crash.

“I think two pilots would increase the safety level,” said Sumwalt, a former US Airways pilot. “I flew with two pilots for a long time and in an airline environment, you get the redundancy that if one pilot is struggling, the other pilot would be able to sit back and say, ‘Wait a minute, you are banking 30 degrees to the left and starting a descent.”

As for whether the pilot felt pressure to fly from Kobe, in spite of the inclement weather, “There was no evidence that Island Express, the air charter broker or the client [Kobe Bryant] placed pressure on the pilot to accept the charter flight request or complete the flight and adverse weather,” said a NTSB official.