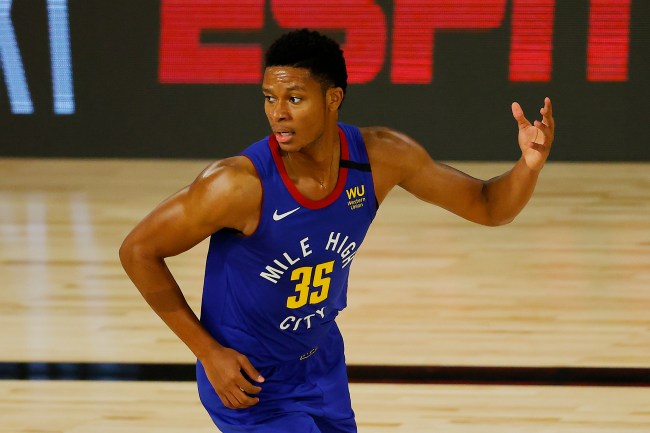 Nuggets guard P.J. Dozier has gotten increased exposure in the Western Conference Finals with his play and apparently one Instagram model tried to use his newfound fame for clout.

While tweeting during the Lakers-Nuggets game, IG model Violet Ramos claimed that Dozier was too focused on hitting her up instead of practicing free throws. Miss Ramos then included a screenshot of her DMs to prove that Dozier had DMed her on Instagram.

What happened to PJ Dozier pic.twitter.com/I2GOavma7p

When a fan asked Dozier about the DMs, the Nuggets player exposed the IG model and revealed that she faked the DM interaction. According to screenshots shared by Dozier, Ramos DMed him and made it seem like he had DMed her.

After getting exposed for faking her DM interaction with Dozier, Violet deleted her tweet.