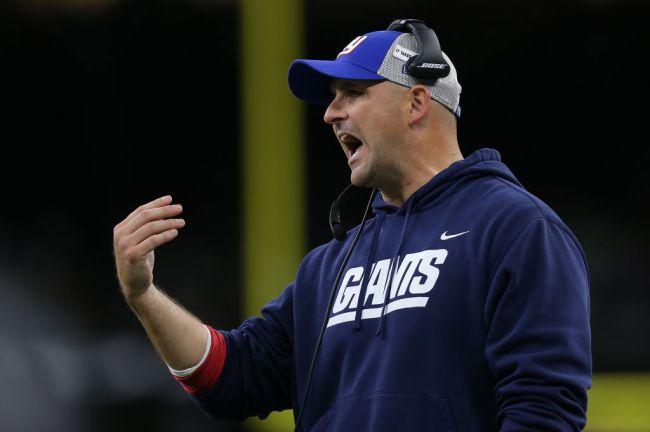 During Sunday’s Giants-Cowboys game, Toney got himself ejected after he started swinging at a Cowboys player after a play.

#Giants WR Kadarius Toney has been ejected after throwing a punch at #Cowboys safety Damontae Kazee.pic.twitter.com/3IPWnCCr5r

While making his way to the sidelines, Judge could be seen cursing out Toney for getting ejected.

Kadarius Toney tries to sneak a punch in and Joe Judge tells him to get the fuck in the locker room LMAO pic.twitter.com/V1jQfkSsM2

Prior to the ejection, Toney was having a monster game with 189 receiving yards which broke Odell Beckham’s rookie receiving record of 185 yards in a game.