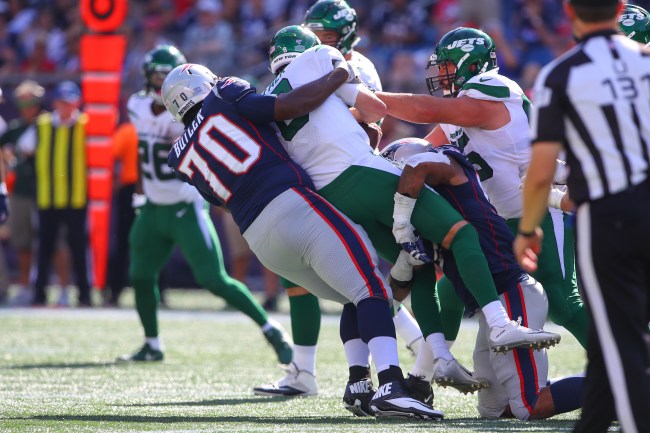 The New York Jets are not good. You might even go so far as to say the 2019 Jets are a complete dumpster fire of a team and I feel qualified in saying this because I’m a Bucs fan and my team is also complete trash once again.

The Jets got thrashed by the New England Patriots in Week 3 losing 14-30 in Foxboro. Tom Brady passed the injured Drew Brees for 2nd most TD passes in NFL history with 522 career touchdowns through the air and the scoreline doesn’t really reflect how easily the Pats trounced the Jets.

What does do a good job at articulating the complete and utter destruction of the Jets is this stat: they were 0-for-12 on 3rd Down conversions for a grand total of -4 yards on those 12 attempts. Did I mention that I’m also a Florida State Seminoles fan/grad and even my complete and utter dumpster fire of a team is able to convert a 3rd down every now and then? Not the Jets, not on Week 3 of the NFL season.

Twitter user @SethGalina paid homage to the Jets’ incompetence by compiling all twelve 3rd Down attempts for a whopping negative four yards and he put the clip to the tune of ‘Yakety Sax’, as is the tradition with laughably poor professional play from athletes.

The Jets had 12 third downs against the Pats and converted 0 of them for a whopping -4 total yards.

Here they all are set to Yakety Sax: pic.twitter.com/a9RwUdfwUj

That might have been hard to watch, Jets fans, but surely it will turn out great in the end, right?! It’s not like the Jets being awful right now, in this season, means that they’ll be terrible a decade from now, does it?

Who am I kidding? The Jets need help, lots of it, and it will take many years before they turn things around and there aren’t any indications at the moment that those wheels are in nation. They’re not the only NFL team in the dumps. My Buccaneers are also atrocious. Luckily for Jets fans, the Jets aren’t the ‘new Browns’ because that honor goes to the Miami Dolphins.