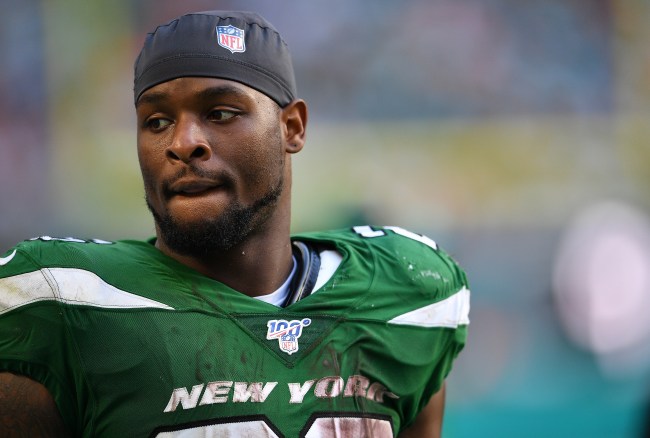 Le’Veon Bell is not happy with Jamal Adams right now.

After requesting a trade last month, Adams forced the Jets hand on Friday when he publicly took shots at head coach Adam Gase during an interview with the New York Daily News.

The trade request isn’t the Jets’ biggest concern stemming from Adams’ discussion with Mehta. No, it’s the blowtorch that the Pro Bowl safety took to the team’s brass.

Adams noted that one big reason he wants out is he doesn’t trust coach Adam Gase as a leader.

“I don’t feel like he’s the right leader for this organization to reach the Promised Land,” Adams told Mehta. “As a leader, what really bothers me is that he doesn’t have a relationship with everybody in the building.

One day after calling out his head coach, Adams was traded to the Seahawks in a blockbuster deal.

After the trade Jets running back Le’Veon Bell took to Twitter to call out Adams for wanting to leave New York.

ppl do all the hootin & hollerin to get you brought in, just to leave…lol like people weird yooo, the internet got these dudes doin whatever for attention, even when they tell you sh*t they don’t believe themselves

Update: Bell and Adams are now going back and forth on Twitter.

Back and forth continues: Le’Veon Bell responds to Jamal Adams. pic.twitter.com/dOSjyJnwy8