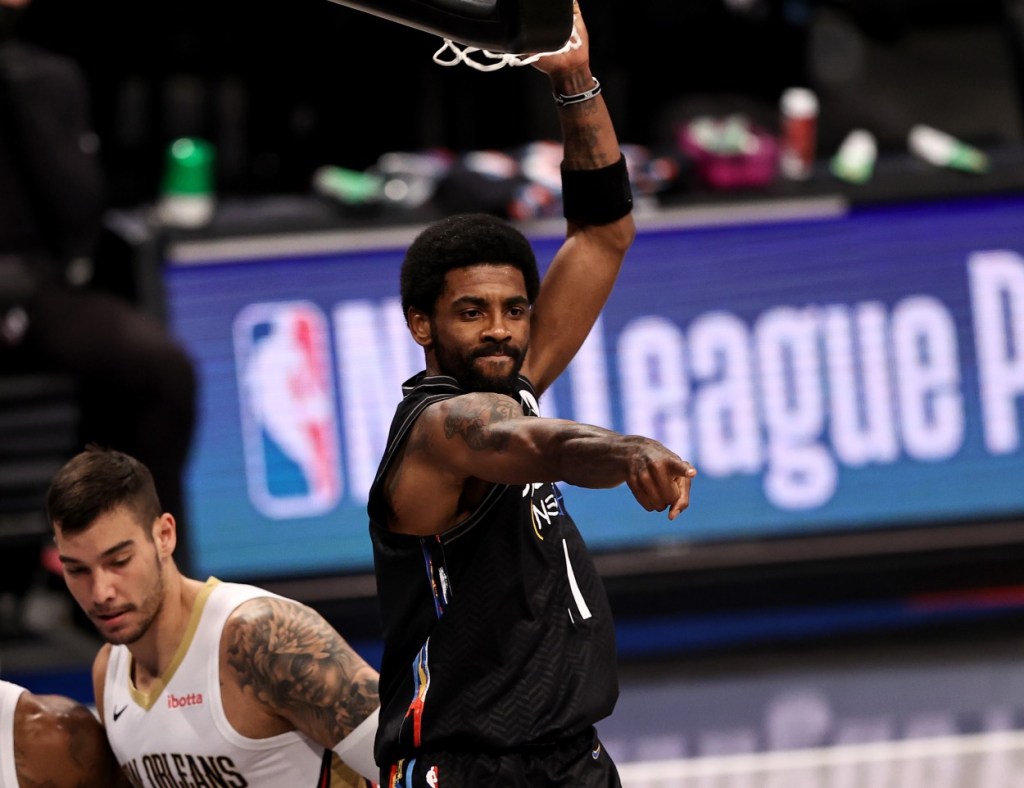 Brooklyn Nets point guard Kyrie Irving scored 60 points on the road against the Orlando Magic on Tuesday. Now he will get some serious rest before the NBA Playoffs as the Nets only have 3 home games in their final 13 games of the season. The Brooklyn Nets could really use Kyrie as they currently occupy the 8th seed in the Eastern Conference and they could move up the 5th or 6th seed with a solid win streak.

Alas, everyone knows Kyrie Irving cannot play at home with the Brooklyn Nets because he’s chosen to not get the shot. Despite playing with the team on the road, practicing with the team, and being able to attend games without a mask as a fan, the Nets were even fined $50,000 by the league for letting their own player (Kyrie Irving) into the team’s locker room on Sunday.

And now baseball is back. The mandate theoretically applies to all NYC teams/arenas and not just the indoor ones. This means the New York Yankees and Mets would be subjected to it despite the athletes playing outside. On Tuesday, Yankees star Aaron Judge was asked about his status as not being vaccinated means he (and other unvaccinated players) would be unable to travel to Toronto for games against the Blue Jays.

Now that we’re all caught up, here’s what New York City mayor Eric Adams had to say today…

In response to a reporter’s question about Yankees/Mets athletes being unable to play at home just like Kyrie Irving, Mayor Adams responded with :

“We’re going to continue to peel back, but let’s be clear: Everyone that’s focusing on a sports area, they’re focusing on one person. I’m focused on 9 million people. And so, I am not looking at one person, I’m looking at my city not closing down again, not having to deal with this crisis again.” (via NYPost)

His phrasing there, ‘not looking at one person,’ is being interpreted by most people as a direct response to his ongoing feud with Kyrie Irving.

I simply don’t see how this gets resolved during the current NBA season. NYC mayor Eric Adams has basically positioned himself into a direct feud with Kyrie Irving with neither willing to bend on the status quo. But I could see a sudden change of heart as soon as the NBA season is over/during the MLB season that would apply to Yankees and Mets players.

It’s a very complicated situation and one that is evolving daily as the city of New York returns to some semblance of normal life each day but Mayor is clearly tired of being asked about and responding to questions about Kyrie Irving when his focus is on 8.8 million New Yorkers, not one athlete.

That said, it sure does seem like the media is convinced Eric Adams is going to change his mind when baseball season rolls around next month… Don’t believe me? Head on over to Google and see what MLB columnists are saying.