New A’s Pitcher Andrew Chafin Is In Search Of A Boat To Live On In Oakland, Can You Help Him? 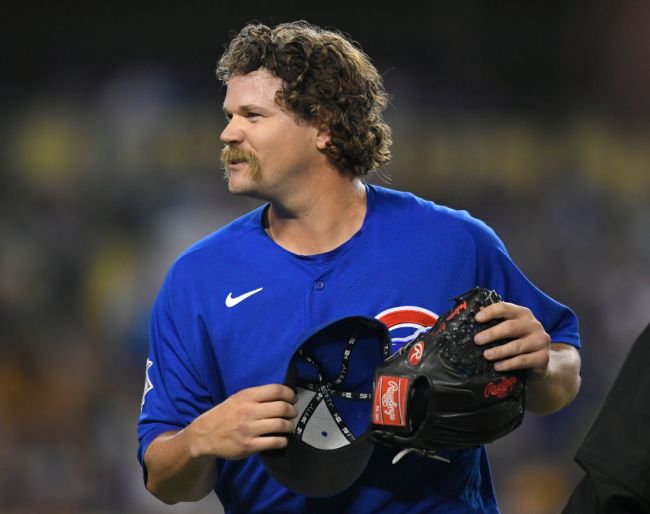 New Oakland A’s pitcher Andrew Chafin is quite the character. For starters, he has an incredible handlebar mustache to match his curly flow.

A little bit of yee a WHOLE lot of HAW pic.twitter.com/o0sZHQO9io

Andrew Chafin is a national treasure.

And he throws a mean right hook.

Free Giveaway!
Relive the epic brawl between the Reno @Aces & Isotopes in 2014, where Andrew Chafin is seen throwing absolute HAYMAKERS! It may not be the highlight of his career, but surely one to remember.
RT & like this tweet for your chance at a @BigCountry1739 autograph!🤠 pic.twitter.com/t9iw6XVsUN

Chafin, 31, was traded from the Cubs to the A’s earlier this week. He has posted a 2.06 ERA through 39.1 innings this season and was likely to be dealt as part of a mass exodus out of Chicago.

While in the Windy City, Chafin was not shy to ask his fans for unusual requests.

Hey @cubs fans! I’m looking to buy an old “beater” car for like 2k to drive around the city cuz my truck is way too big for the narrow streets here. Must be manual transmission! Haha cut me a good deal and we can mix in free tickets throughout the season!!

Now that he is living on the West Coast, Chafin wants to take full advantage of the water and immediately reached out to his new fanbase.

He tweeted his followers earlier this week with hopes of finding a boat that he can live on for the rest of the season. He did not clarify whether it should be a houseboat or a boat that is livable, but he also intends to use the boat to go fishing.

Alright @Athletics fans I’ve got a challenge for y’all. I’m trying to find a boat to live on while I’m in Oakland. Something I can also take out fishing. Free tickets and a case of beer to anyone that can help me line something up!!!!

Big Country, as he is known by many, could use your help.

Do you — yes, you! —know anyone with a boat that he could live on for a few months?