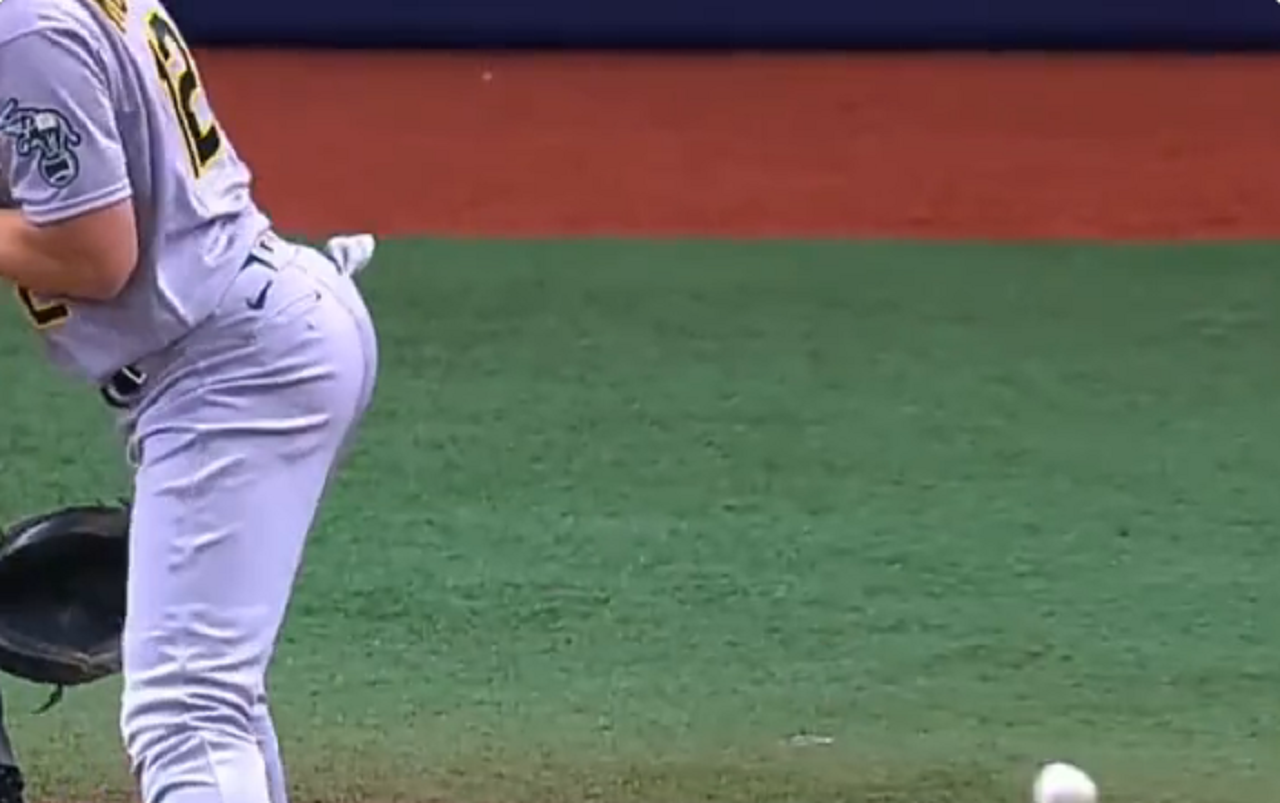 Oakland A’s Sean Murphy probably didn’t expect his butt to go viral when he came to the ballpark on Monday night.

During the A’s game against the Tampa Bay Rays, Murphy stuck his butt out as he got hit by a Chris Mazza pitch in the first inning.

It didn’t take long for the video of Murphy’s butt getting hit by a pitch to amass millions of views as fans shared and commented on it.

that pop and lock at the end??? bro sean murphy KNOWS he's cheeked up and he KNOWS his ass just got him a free base https://t.co/sy0ommtHGu

went to a baseball game and a nicki minaj video broke out https://t.co/XdFUUxo1Ko

when did they start serving cake at baseball parks https://t.co/BxdLi5aOun