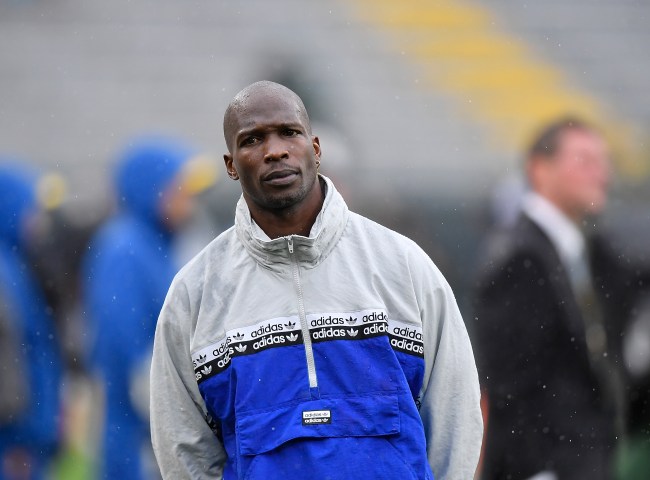 While the NFL is trying to keep gambling out of the sport the interest in all-things-football-related gambling has been meteoric. Fans will bet on just about anything, anywhere, anytime, if they can.

Here, a fan has the option of betting with or against Chad ‘Ochocinco‘ Johnson during a 60-yard field goal attempt. Chad Johnson has three tries to kick the football 60-yards and the former Six-Time NFL Pro Bowl wide receiver manages to nail the kick with some room to spare.

If you follow Chad Ochocinco on Twitter then you already know that he stays as physically active as any retired NFL player out there. He lives down in Miami and eats a diet consisting almost entirely of McDonald’s but he balances that with a healthy routine of playing cardio-intense soccer on the regular amongst other workouts.

Is there anything that Chad Johnson isn’t good at?? Also, YOOOOOOOOOO! Chad, I smoked this same cigar on Monday and it was an excellent choice!

He’s also an Adidas ambassador and has some of the sickest shoes around. I love this man.

Why aren’t the Tennessee Titans knocking on this man’s door? They’re about to set a record (probably) as the worst NFL kicking team of my lifetime. They are 8 for 18 on the season. THE TITANS HAVE ONLY MADE 8 FIELD GOALS. Yet somehow they’re only 1-game back in their division going into this weekend. They need a kicker, dammit.