We Finally Know Exactly Why Jerry Jones Is Concerned About Odell Beckham Jr. 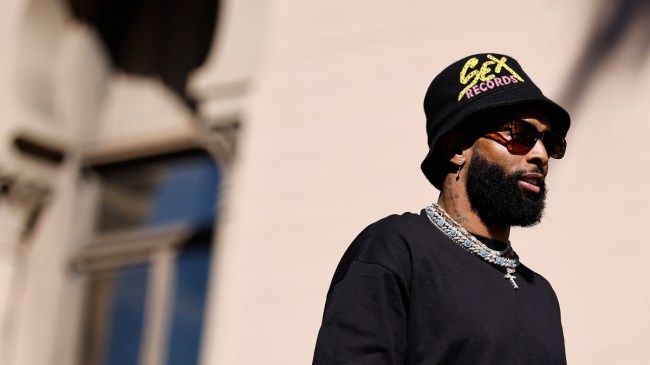 Odell Beckham Jr. is currently visiting the Dallas Cowboys but Jerry Jones shared some concerns already. Now, we finally have some more information regarding the situation.

Apparently, the Cowboys’ owner fears that Beckham’s injury is worse than recently perceived, per Ed Werder. Allegedly, the injury, “has not progressed enough to ensure he would play before mid-January and possibility exists signing him would have no benefit until [the] 2023 season.”

Source: The #Cowboys have concerns after Odell Beckham Jr.’s physical that his recovery from torn left ACL in Super Bowl has not progressed enough to ensure he would play before mid-January and possibility exists signing him would have no benefit until 2023 season.

If that’s the case, then perhaps Odell will remain a free agent after all. On the other hand, according to Josina Anderson, Odell Beckham Jr. claims his injury is not as serious as what is being reported. It sounds like the star wide receiver feels confident he can contribute to a franchise in the playoffs this year.

I’m told Odell Beckham Jr is still on his visit with the #Cowboys, per league source.

Separately, sources close to Beckham Jr. tell me he feels able to contribute to the playoffs this season, especially after getting in with a team & acclimating consistently over several weeks.

For now, it’s unclear whether or not Odell Beckham Jr. will play due to his injury. Teams across the league are taking their time in evaluating his health. And for good reason. In the end, we at least know why Jerry Jones is so concerned with the star wide receiver. Maybe the Cowboys will sign him. But we’re going to have to wait and see how it plays out.