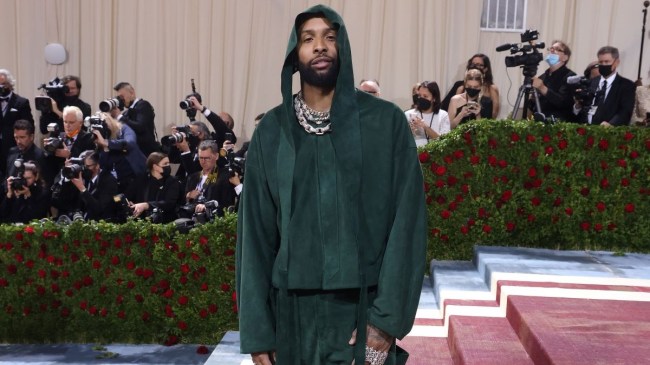 While Odell Beckham Jr. continues to rehab his torn ACL and sort out his future on the football field, he’s plenty active away from the field as well. Most recently, Beckham has kept himself busy by suing Nike for allegedly withholding $20 million of endorsement money.

The superstar wide receiver took to Twitter on Monday to tell the world about the lawsuit.

“Today, I’m taking a stand not just for me, but to set a precedent for all athletes who have dedicated their life to the sport they love — especially those who don’t have the means to stand up for themselves,” the statement said. “We are held responsible for fulfilling our obligations under our contracts, but we also have to hold powerful companies like Nike accountable for honoring their commitments too.”

The suit claims that Beckham is owed $20,625,000 plus interest. Beckham also claims the company intentionally “stopped actively manufacturing and/or selling royalty-generating products after 2020 to prevent Mr. Beckham from meeting the net sales trigger for the guaranteed extensions” according to Front Office Sports.

The 30-year-old has been off the football field for nine months after tearing his ACL in the Super Bowl. Meanwhile, some fans are raising theories as to why Beckham is now suing the industry giant.

Beckham took his 2021 NFL salary in Bitcoin, and with the cryptocurrency’s recent crash, could stand to lose a solid chunk of change. Some NFL fans believe this is the reason he’s pursuing his suit against Nike.

Dude is broke from the salary to Bitcoin 😂

While some others believe it’s a hint toward what team he plans on signing for.

But ultimately, Beckham could forgo returning altogether should he win the suit. After all, he has already amassed a reported career earnings of over $80 million. Why not make it nine figures?