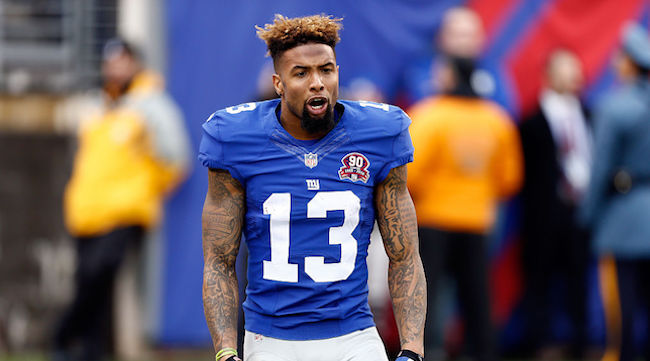 Odell Beckham Jr. isn’t a one-dimensional athlete. He’s proved he can play several sports at a very high level. So it should not come as a shock to anyone that an elite athlete like Odell Beckham Jr. can launch a youth football into fucking outer space, especially when you consider that he can throw an NFL regulation ball over 60 yards.

At his recent youth football camp, OBJ took to the field to play with the kids for a while and at one point, he pulled a page out of Uncle Rico’s playbook and tossed a pigskin a quarter of a mile. If there were mountains present, he’d have cleared them easily. Proving, yet again, there is not much that he can’t do.

QB @OBJ_3 showing he’s not just an elite WR but also can be called upon in a game if you need a passer. Great 2nd day with his camp kids giving back and showing up in the community. #Giants #OBJ pic.twitter.com/NCnJc38Xn0

Get me a Nerf Vortex and a 25mph helping wind and I would still come up 25 yards short of that throw.