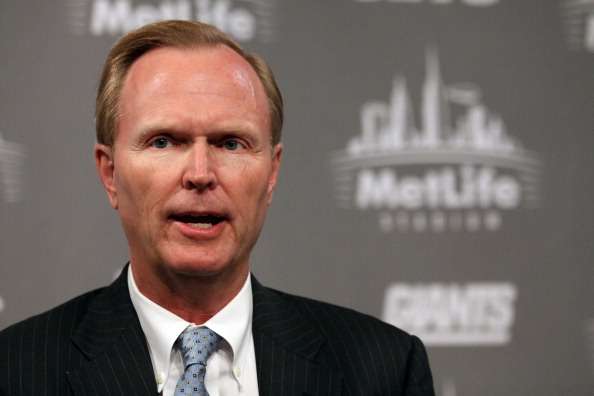 Earlier this week, Giants owner John Mara took a shot at Odell Beckham at the owner’s meeting when he said he wanted the wide receiver to do a little “more playing and a little less talking”.

I wish he would create the headlines by his play on the field as opposed to what he says and what he does off the field,” Mara told reporters at the NFL owners’ meetings. “I think he needs to do a little more playing and a little less talking.”

Immediately after Mara’s comments made headlines a video of the Giants owner throwing a tantrum and slamming a chair in the owner’s box from a game in 2017 resurfaced online.

When you find out Eli Manning doesn’t have years left but you still blame your star WR pic.twitter.com/J1Slp8lk3y

Odell Beckham’s father saw the video and blasted Mara for criticizing his son while also having thrown a tantrum himself.

Is that owner Mara picking up a chair and throwing it!! Oh my my the tree is acting like the Apple!!! #odellbeckhamjr #nygiants 📸 @nygiants_pics_news yet the commentator is talking about Odell.. wow!! Listen this is not the White House, we have comprehending cellular activity don’t even try it! He’s mad at how Odell is acting sooo HE DOES THE SAME??! 😭🤣🤣 You couldn’t make this up if you tried!!

Sr. does have a point but it’s probably not going to change the narrative about his son in New York.