Can Ohio State Actually Trademark The Word ‘THE’? We Had A Legal Expert Break Down Its Argument 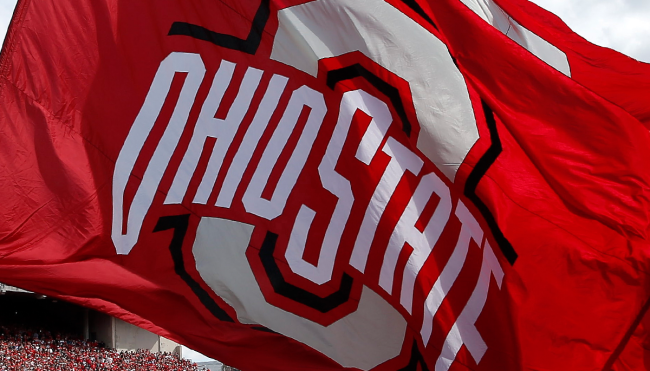 You don’t have to be a hardcore football fan to know THE Ohio State University has a long history of being THE worst thanks in no small part to how irrationally obsessed almost everyone affiliated with the school is with THE word capitalized three times in this paragraph.

As a result, it shouldn’t have come as much of a surprise that Ohio State decided to file a trademark for the most common word in the English language, nor was it really shocking to learn OSU recently filed a lawsuit against Marc Jacobs after learning the fashion designer had the foresight the university did not when it came to securing the legal rights to it.

That case was brought to my attention last week by leading trademark attorney Josh Gerben, who has a history of being one of THE best lawyers in the game when it comes to keeping tabs on intriguing developments in the intellectual property realm. After the news broke, I shot Gerben an email in the hopes he might be able to shed some more light on the matter and, more importantly, see if I’m justified at laughing at OSU for continuing to live up to its insufferable reputation.

He was not only kind enough to answer my questions but took the time to sit down and make a video where he walked me through the intricacies of the case in a way even my incredibly simple mind can understand, which I transcribed so anyone who may be in the same boat can get a better grasp on things.

Before diving into things, Gerben explained the difference between trademark and copyright and why it matters here:

“Trademark applications need to be made for specific products or services. You can’t own a trademark for everything. That’s why there can be Dove chocolate and Dove soap. Ohio State said, ‘We want ‘THE’ to be registered as it relates to a clothing brand.’

The issue they had was that Marc Jacobs also filed a trademark application for clothing. The language wasn’t for the exact same products, but for trademark purposes, it was identical.”

All of these issues are resolved by the United States Patent and Trademark Office, which has served as the mediator in a case that can be traced back to May of 2019 (which is when Marc Jacobs filed its application:

“The way the USTPO examines applications is they say, ‘Well, whoever got the trademark filed first, they’re first in line.’ After Ohio State filed its application, the USTPO got back to them and said, ‘We can’t file this at the moment because there’s one that was filed before.’ As a result, Ohio State knows it can’t register the mark if the Marc Jacobs application is approved.”

Because it was late to the party, Ohio State is burdened with having to argue why it deserves to have its application considered, which left it with a few options:

“Every trademark comes with a 30-day window where it can be opposed, which started in October of last year. They were able to file a few extensions until they hit the limit in February, and because they couldn’t file for any more, they moved to officially oppose it.

That marks the start of an official legal proceeding, so if they don’t settle it, it goes through discovery and trial, which could take two years. If you look at the case, Ohio State basically said, ‘We filed this opposition because we had to. We were basically out of time to continue settlement discussions.’ It’s almost a placeholder.

In another filing, Ohio State said it’s willing to figure out a way its trademark and Marc Jacobs’ can coexist. They tell the USTPO it appreciates them telling them there’s a conflict, but that they don’t think the conflict really exists.”

Of course, the most important question here is if Ohio State actually has a case or if it’s grasping at straws in an attempt to salvage the damage stemming from what is a fairly baffling oversight based on its undying love for the word “THE.”  However, Gerben doesn’t seem too optimistic:

“Marc Jacobs says its trademark is intended to protect ‘THE’ in ‘channels customary to the field of contemporary fashion.’ Ohio State’s, on the other hand, is for various pieces of apparel related to ‘the field of sports and collegiate athletics.’

This is an attempt to settle this, but it’s very hard to draw a legal line between those two categories. I could go into the Ohio State bookstore and buy a sweatshirt or something else that’s considered ‘contemporary fashion.’ They’re trying to figure this out, but it’s clear neither party really wanted a highly-limited definition based on the language in their filings.

The primary question the USTPO is trying to answer here is, ‘Will consumers find the fact that ‘THE’ is registered to two different parties confusing?’ Maybe not, but in my experience, when there’s an identical mark for an identical good, it’s really hard to get both of them registered.

‘ If the USTPO buys this, then both of the marks will register, but legally speaking, it doesn’t have to accept it. In this case, I think there’s a 50-75% chance it won’t.”

If that is indeed the case, Gerben says Ohio State could narrow the current language in its proposed settlement, but if that fails to work, then it could start the mark of a court case that could take until the end of 2022 to resolve.